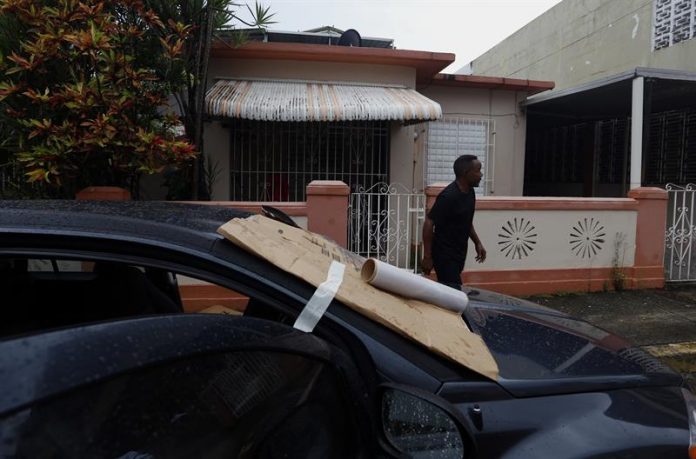 Hurricane Irma caused its first ravages in Puerto Rico, with the death of one person, heavy damages, winds with bursts of up to 180 miles per hour, 900,000 lightless subscribers and 2,000 people in shelters, leaving behind some destruction in some islands of the Lesser Antilles.

According to local media reports, the most powerful hurricane in the Atlantic Ocean has left the island of Barbuda “almost uninhabitable” and “flooded”.

One person, according to Prime Minister Gaston Browne, died in Barbuda, although he did not specify as a result and indicated that 95 percent of the structures are affected.

In Saint Martin, where the airport has been virtually destroyed, its four most robust buildings are damaged, according to French Interior Minister Gerard Coolomb, and one person has died.

Another person died in San Bartolomé, where the fire station was flooded.

In Puerto Rico, the mayor of Manatí, José Sánchez, in the north of the island, reported that a 76-year-old woman in a wheelchair fell while being rescued at her home and died in hospital after suffering three work stoppages cardiac disorders.

On the other hand, according to the head of the Caribbean Division of the Federal Emergency Management Agency (FEMA), Alejandro De La Campa, Saint Thomas and Saint John have also suffered heavy damages.

The eye of the hurricane is located 50 miles from San Juan, while slowly moving toward the Atlantic, leaving Puerto Rico to 60 percent of the Electric Power Authority (EEA) subscribers without light due to strong gusts of winds that have caused damages in the electrical infrastructures.

The hurricane did not enter directly into Puerto Rico but it passed north of the Puerto Rican island of Culebra, to the east, and then located about 30 miles northwest.

There are currently 22 hospitals in Puerto Rico operating with generators, according to Abner Gomez, director of the State Agency for Emergency Management and Disaster Management (Aemead).

In Culebra, San Juan, Guaynabo, Caguas, Toa Alta, Luquillo and Fajardo, the damages in numerous roofs are evident, as well as in several buildings.

Gomez said that tomorrow many generators will be transferred to Culebra and the island will be thoroughly inspected, starting from that island and continuing through the northwest of Puerto Rico to evaluate how much damages.

The authorities also warned of the “large number” of roads in the northwest that have become impassable and that tomorrow will begin the tasks of clearing the same.

A total of 4,000 people are in the nearly 500 shelters in different schools, added Gómez, who announced that tomorrow will be able to go out to the street but until then “you should not go out. Life is the first thing.”

On the other hand, the executive director of the Tourism Company of Puerto Rico (CTPR), José R. Izquierdo, reported that he works in conjunction with the Government and the tourism industry to keep residents and visitors on the island well informed and safe .

For this, the CTPR has opened a free hotline to attend to the tourist industry and tourists during the hurricane.

Rainfall in the northern area is expected to drop by about 35 centimeters, and the northeast of the island is under flood warning until Friday.

Almost a dozen municipalities could be flooded.

In the interior, in the area of ​​Orocovis, the first floods have been recorded, without being informed about damages caused by them.

The international airport Luis Muñoz Marín ceased operations today and is expected to reopen tomorrow “no earlier than 16:00 hours” (20:00 GMT).

US President Donald Trump said he spoke with the governors of the states of Florida, Puerto Rico and the Virgin Islands today in order to convey the Government’s support to the eventual arrival of Hurricane Irma.

The island continues under the state of emergency, declared on the 4th by the Governor’s executive, Ricardo Rosselló.