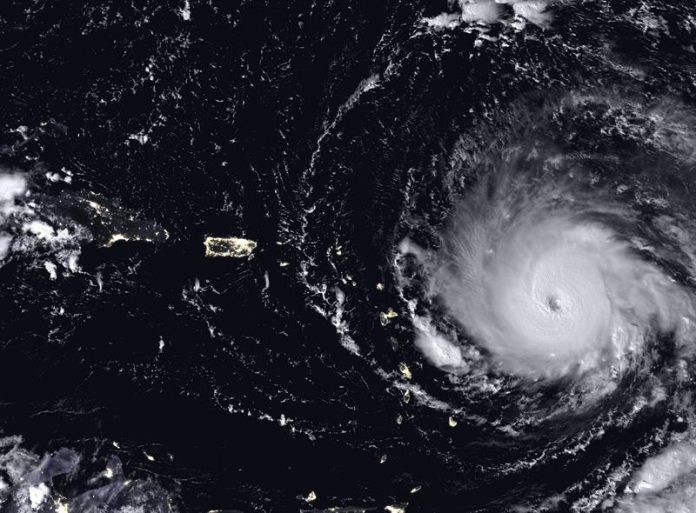 The eye of Hurricane Irma crossed Barbuda today with “potentially catastrophic” effects on this island and in the rest of the Lesser Antilles, Puerto Rico, the Dominican Republic and other Caribbean enclaves, the National Hurricane Center (NHC) reported.

Category 5, the maximum on the Saffir-Simpson intensity scale, Irma crossed Barbuda at 0200 local time (0600 GMT) with maximum sustained winds of 185 miles per hour.

At this time, Irma is moving north-northwest at a speed of 15 miles per hour and is located 5 miles north of Barbuda and 10 miles north of Antigua.
In Barbuda 1,645 people live and there are 545 inhabited houses, according to the last census of 2011.

According to the likely trajectory pattern traced by the NHC, after crossing the Lesser Antilles the vortex of the “extremely dangerous” Irma will pass near or just north of Puerto Rico today at noon and the next local night.

Once out of Puerto Rico, Irma will probably pass through the north of the Dominican Republic, the Bahamas, northern Cuba and arrive in Florida at the end of the week.

Although some fluctuations are expected, forecasters expect Irma to remain in category 4 or 5 within the next 48 hours.

Irma is the most intense hurricane formed in the Atlantic since Allen, which in 1980 reached sustained maximum winds of 195 miles per hour.