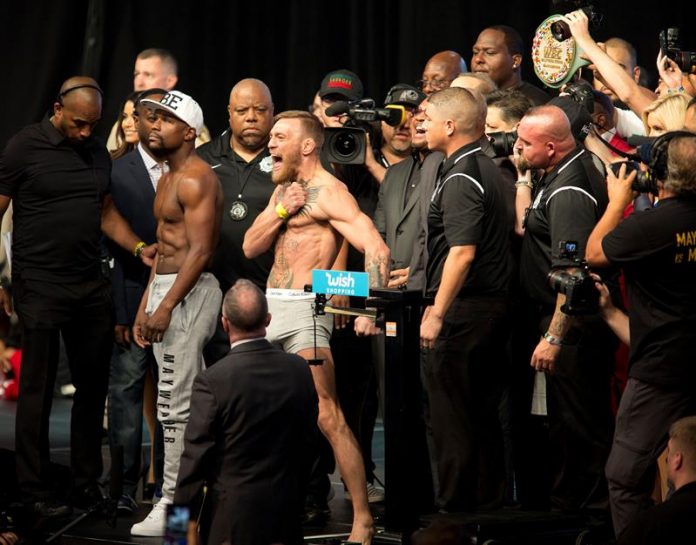 Everything is set in Las Vegas for the show that no one has been able to define or frame in a specific sport mode like the boxing match between unbeaten American Floyd Mayweather Junior and Irish mixed martial artist Conor McGregor.

After having set up a media circus as “surreal” and unethical as the unfortunate show of promotion of the fight that gave the two protagonists, it is time for Saturday night to get into the ring mounted at the T-Mobile Arena To define a winner.

Of course, the big favorite is Mayweather junior, a 40-year-old former unbeaten runner-up who, despite not having boxed in two years, retired voluntarily, maintaining his status as one of the greats of all time.

While his rival (0-0) will make his boxing pro debut and although he is 11 years younger, and claim that he has a great strike, he has not assimilated the fundamentals and knowledge of the sport science he represented better than anyone The legendary Mohammed Ali, a heavyweight who showed the whole world what a true fighter should be and how beautiful he is when he runs well.

None of that matters in the duel between Mayweather junior and McGregor, since it was based on the fact that the unbeaten US champion made his last exit to the ring not to compete but to take another bag that could exceed 250 million dollars and besides Gave away one more triumph of brand.

Mayweather Junior is guaranteed a $ 100 million bag that with the percentage he receives from pay TV sales rights could reach at least 250 million dollars or exceed those achieved by his duel with former Philippine champion Manny Pacquiao in May 2015.

Although Mayweather junior insists that he thinks nothing of the 50-loss record without defeat that would leave him as the only one in boxing history to finish undefeated and with so many victories, it is another exclusive incentive that has the fight for the American boxer who Has been the one that has imposed the rules of the game.

Those who have accepted even the Nevada Athletic Commission itself, which with the income of more than 600 million expected to leave the so-called sports show, forgot to defend and ensure the integrity of athletes in exchange for having also secured an important Amount of millions of dollars.

From there, after the weigh-in that both players fulfilled without any problem, Mayweather junior could be seen happier than ever, completely relaxed and sure that from Saturday night will have achieved all the objectives that he proposed with a combat that Will go down in history because nobody has been able to define.

It will also be full of happiness McGregor who before getting into the ring has already secured a bag of $ 30 million, which surpasses any of those who won for their octagon fights during his career in mixed martial arts.

But, like Mayweather junior, the Irish fighter will end up winning many more millions, until he could reach 100 by promoting his own debut in the sport of boxing, something completely unusual and without any rational argument.

While the irony will be to see the rest of the professionals who fill the billboard if they will try to stop the sport of boxing even if they do for a real “misery” compared to what they will receive Mayweather junior and McGregor.

Although Fonseca, 23, will receive a major check for the portion of the money that Davis will pay him as he is more heavily burdened by the regulation and contract. 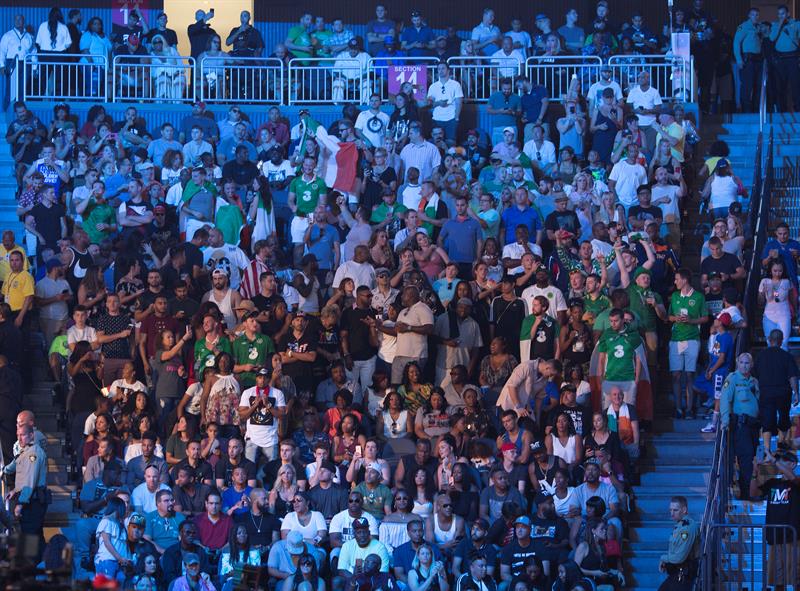 Lightweight Nathan Cleverly (30-3, 16 KOs) from Wales will win 100,000 for his defense against Badou Jack, although Cleverly is likely to receive more money for the broadcast on British television.

While welterweights Thomas Dulorme and veteran Cuban Yordenis Ugas will win $ 75,000 and $ 50,000, respectively, each to face in a 10-round bout that will represent the true sport of boxing.