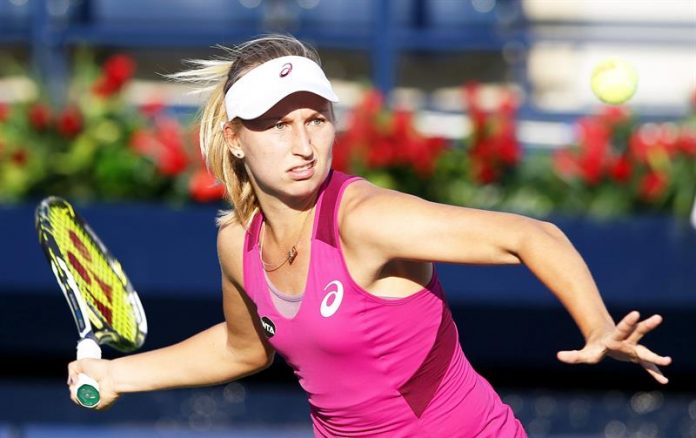 Australia’s Daria Gavrilova kept her great tennis and gave the big surprise in the semifinal of the New Haven tournament by defeating 6-4 6-4 to the great favorite, Poland’s first seed Agnieszka Radwanska and defending champion.

Gavrilova, who faced for the first time as a professional to Radwanska, after an hour and a half of action always won the decisive goals that put her in the final.

The key was the aggressive tennis he maintained, including the second serve, which was what surprised his opponent who never had the ability to react when he needed the decisive so many.

“I had a very clear plan when I went out to the field and I executed it perfectly,” Gavrilova said after finishing the game that lasted an hour and a half. “I always took risks and that benefited me.”

The result of his tennis was reflected from the beginning to make the break from the first game and from that moment the defending champion, who did not have his best consistency with the service, was always at the mercy of the pace that Gavrilova imposed on him. A partial of 4-0.

Although he could not maintain that level of play, the advantage was more than sufficient to secure the first heat, while in the second, things were more complicated to Gavrilova because Radwanska got the break and 2-0 in his favor.

But the Australian player managed to recover immediately and then returned to his aggressive tennis with more points decided in the rise to the net until it had again the advantage in the score with the break of serve that made the champion in the seventh game (4-3), which would be the decisive because he did not lose his and sentenced with a spectacular mate.

The victory allows Gavrilova to play in the third final of her professional career and also becomes the first Australian to win in the history of the tournament, which awards cash prizes of $ 710,900 and 470 points for the WTA classification.

Gavrilova, 23, and Russian offspring, will look for the first individual professional title in the final and will face Slovakia’s Dominika Cibulkova, second seed, who had no problems in winning easy 6-1 and 6-3 to The Belgian Elise Mertens, in just an hour and nine minutes, lasted the action of his party.

The duel, set for tomorrow, Saturday, will be the second that both players star as professionals with a 1-0 lead for Cibulkova, when they met in the third round of the Wimbledon tournament in 2016.