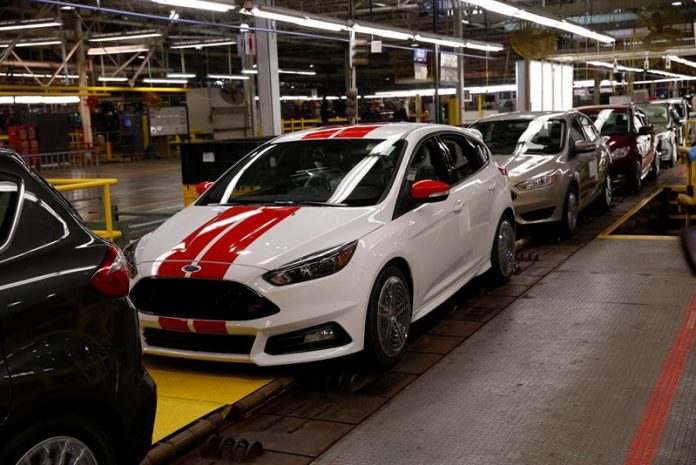 The automobile sector has become one of the focal points of the first round of negotiations that the US, Mexico and Canada are holding in Washington to modify the North American Free Trade Agreement (NAFTA).

On Wednesday, at the opening of the tripartite negotiations, US Trade Representative Robert Lighthizer stated that one of Washington’s main demands was to achieve a substantial increase in US content in the automotive sector.

“Thousands of American workers have lost their jobs to (NAFTA) provisions,” Lighthizer added in his opening address.

Lighthizer’s words revealed that the automotive sector is one of the basic tools for achieving the ultimate goal imposed by US President Donald Trump: to eliminate Mexico’s trade surplus with the United States, which Washington put at 64 billion dollars in 2016 .

To do this, the White House wants to renegotiate the so-called rules of origin that govern the American automobile sector and which require that vehicles sold in North America are exempt from customs duties, contain 62.5% of components produced in the United States. region.

The renegotiation would allow the United States to demand that a greater percentage of components that end up in cars sold in the country are domestic production.

And above all, that the domestic components are those with more added value, such as LCD screens that are now mandatory in virtually every vehicle for sale.

Although Mexico and Canada oppose the new NAFTA to set a number of components that have to be produced in the United States, the main obstacle to White House plans is not its two other NAFTA partners, .

For example, the president of the United States Motors and Equipment Manufacturers Association (MEMA), Steve Handschuh, recently warned that the supply chain needed to produce vehicles today is a complex and delicate system .

“Vehicle suppliers are part of a global industry and depend on a global network of suppliers and customers for their viability and growth,” Handschuh warned on August 10 shortly before the start of the NAFTA renegotiation.

MEMA, which brings together hundreds of companies in the sector, has recalled that since 2012, the number of jobs in the automotive component manufacturing sector in the United States has grown by 19% and that more than 871,000 Americans are directly employed by the sector .

The figure rises to 4.2 million jobs if there are jobs indirectly and induced by the sector.

For manufacturers, Lighthizer’s objectives can lead to increased costs and problems in transportation between the three NAFTA partner countries of the components needed to produce vehicles.

Both MEMA and other equivalent groups in Canada and Mexico have warned that if the new NAFTA imposes too onerous conditions on manufacturers, they may choose to pay tariffs instead of complying with regulations and producing domestically, which would detract from the number of jobs in United States.

But it’s not all against Trump’s desire for the auto industry to produce more in the United States.

Canada, like the United States, has lost thousands of jobs in Mexico in recent years.

Since NAFTA went into effect 23 years ago, 10 assembly plants have closed in the United States and four in Canada. And the last eight new plants created in the region, all are in Mexico.

In the specific case of Canada, since 2007, the automobile sector has invested five times more in Mexico than in Canada and the number of Mexican jobs has quadrupled to 900,000. Meanwhile, the number of jobs generated by the sector has been reduced.

The main reason for this transfer of jobs is the labor cost. In Mexico, a worker at the assembly plant charges $ 8 an hour, a fraction of what is paid in Canada or the United States.

That is why, if the new NAFTA adds another of Lighthizer’s demands, greater labor demands to match conditions between the three partners, Canada would benefit by eliminating or reducing the wage gap between Mexican and Canadian plants.