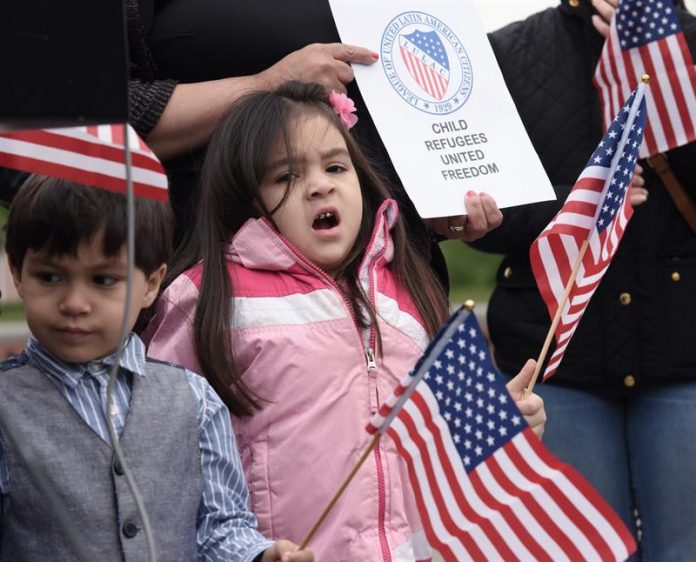 The government of Donald Trump today ended a program that allowed to apply for refugee status to children and young immigrants fleeing violence in Central America, launched by its predecessor, former President Barack Obama in 2014.

The Department of Homeland Security (DHS) today issued a notice that, under certain conditions, minors and youths who alleged and demonstrated that they needed to flee violence in their countries (Guatemala, El Salvador and Honduras) could obtain permission to enter United States, live and work temporarily.

The Department indicated that the decision to end the program, known as Parole, is part of President Trump’s executive order issued in January on immigration matters, and ordered officials to exercise their authority more selectively. To admit immigrants outside normal legal channels.

The billionaire has tried to contain the high flow of young Central American immigrants by intensifying the application of immigration laws in the country, increasing the search and detention of the parents of the minors who are in the country.

“Parole shall only be issued on a case-by-case basis and only when the applicant demonstrates an urgent humanitarian reason or a significant public benefit for parole and that the applicant deserves a favorable exercise of discretion,” the department said in its announcement .

Under the Obama Administration, the program was established as a way to deal with a ceaseless wave of children from El Salvador, Honduras, and Guatemala who came to the southern border alone, without the company of adults.

Although the Government then tried to discourage the parents of the children from sending them on such a dangerous trip, the program showed that despite the efforts, the children continued to arrive at the border.