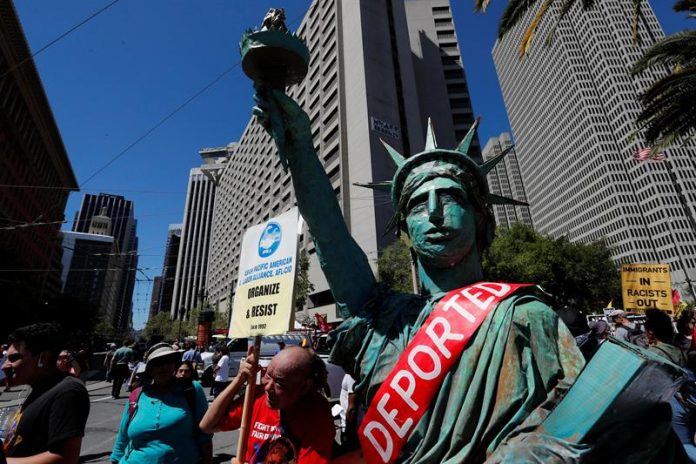 Deportation orders rose 27.8 percent in the first six months of Donald Trump’s administration, with a total of 49,983, the Justice Department said Monday.

The total of deportation orders issued between February 1 of this year and July 31 was 49,983, compared to 39,113 in the same period last year, the Department said in a brief note.

The Justice Department, in pursuance of an executive order from Trump to tighten immigration policy signed on January 25, has mobilized more than 100 existing immigration judges to detention centers across the country.

Ninety percent of these cases have culminated in deportation orders, the note said.

The Department is in the process of reviewing its practices and technology to “identify ways to increase the productivity of judges without compromising due process,” the statement said.

The tough hand with irregular immigration was one of the great campaign promises of Donald Trump, who recently named National Security Secretary John Kelly as his chief of staff for how satisfied he is with the work of the Department.