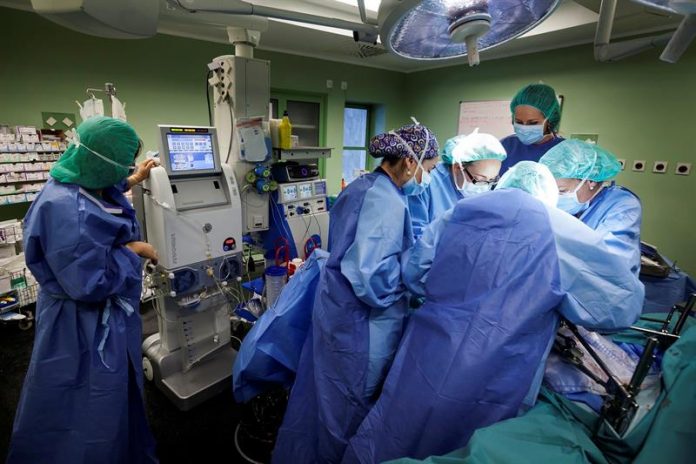 At least 80% of surgeries in Latin America could be performed using minimally invasive techniques, mainly laparoscopy, which in the medium term are less expensive for the health systems because of the rapid recovery they offer the patient, experts say.

Health care institutions could avoid between 500,000 and a million days of hospitalization a year if they applied these techniques to patients in almost all medical specialties, Jeffrey Hazey, a professor at Ohio State University and a physician at Wexner Medical Center .

In his visit to launch the first laparoscopic teaching center in the city of Guadalajara (western Mexico), the specialist said that only a small fraction of the patients are cared for by this technique, when “in an ideal world “Everyone should have access to it.

Minimally invasive surgery can be practiced to cure diseases in specialties such as cardiology, neurology, urology, traumatology or gynecology.
The patient recovers in less time and can return to his daily activities in a few days.

With no scalpel wound, their exposure to infections is reduced and postoperative pain is reduced, said Jacqueline Narvaez, executive secretary of the American Society of Gastrointestinal and Endoscopic Surgeons.

He added that these operations are expensive, but ultimately beneficial to the health system and governments, as they not only allow the patient to spend less time in the hospital, but also get him back to his work quickly, which Generates less investment in hospital resources and for payments of medical incapacity for companies.

Health institutions in Mexico do not have enough physicians specialized in minimally invasive techniques, which are “highly technified” and must always be practiced in a “safe” way.

“It is a surgery that requires specific training because, like all surgical procedures, if it is not done well it has the potential to create very serious complications,” Eduardo Moreno Paquentin, vice president of the Mexican Association of General Surgery, told Efe.

He added that there are specialists who trained “without an orthodox plan” and often generate injuries to organs or do “unnecessary surgeries just because they can be done by laparoscopy,” which generates “catastrophic complications” for the patient.

The American Society of Gastrointestinal and Endoscopic Surgeons, in conjunction with the Mexican Association of General Surgery, launched a training program for surgeons and students known as iLAP, which seeks to generate human resources in laparoscopy in public hospitals of at least eight Cities of Mexico.

The Guadalajara Civil Hospital in Jalisco and the Central Military Hospital in Mexico City are the first to host this project with specialized teaching centers in the techniques of minimal invasion, a project that has been replicated in other countries of the Americas Latin America such as Peru and Nicaragua.

It is expected that the city centers will begin to work next year as Leon, Pachuca, Tuxtla Gutiérrez, Villahermosa, Monterrey and Mérida.