Gerard Piqué, Barcelona’s Spanish international center, said today that his recent message that his teammate Neymar Jr stays on the team was “a personal opinion” and “not official,” but insisted that he can “intuit” For his talks with the Brazilian will remain in the club.

Obviously, the one who has to communicate if he stays is Neymar, “Piqué said at a news conference in Landover, Maryland, outside Washington, where Wednesday will play a friendly preseason match against Manchester United, led by the Portuguese José Mourinho.

Piqué said, however, that “because of the conversations I had with him, as far as I can smell, intuit, and because of the desire I have for him to stay, that was the message, we were in a relaxed tone.”

“In no case, it’s nothing official,” he said.

The Barcelona defender acknowledged that Neymar “has options on the table” and noted that “he is still a 25 year old boy.”

Last Sunday Piqué published in the social networks with a photograph next to Neymar in which it wrote “stays”, in a message with the one wanted to settle from its position all the doubts about the barça future of its companion.

At the press conference, Piqué said he had spoken to the Brazilian after the photograph and that he “knew” that he had not been angry with her.

For now, however, the Brazilian star has remained silent, which has fueled uncertainty over whether he will remain in the Barca club trained by Ernesto Valverde. 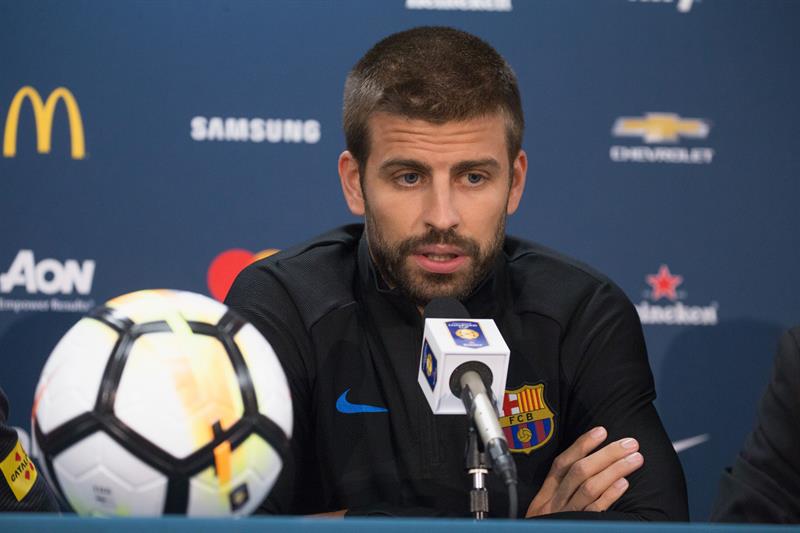 The future of the Brazilian striker in the Barça team is undermined by the interest of Paris Saint-Germain in getting his services, and he would be willing to pay the termination clause of 222 million euros.

According to some media in Barcelona, ​​the alleged contacts between the Neymar family and the Barcelona board would have taken a major turn, so that the calm shown by the club in recent days and expressed by President Josep Maria Bartomeu, lost consistency around To continue counting on the services of the player, who seemed increasingly close to the PSG.

The 'macrismo' has a "support" of voters that still makes re-election possible CÓRDOBA (ARGENTINA).- Mauricio Macri (Tandil, 1959) wants to reissue his position as Argentine...

The action on the American League professional baseball day left the Los Angeles Angels with big winners who won interweaving duels with their Dodgers...

The five living exponents of the United States. raise funds after hurricanes

The five living voters of the United States, three Democrats and two Republicans, have joined in the "One American Appeal" campaign, which has already...

Statements by the President of the United States, Donald Trump, during the meeting of the Policy Advisory Board of the American Workforce, where he...

Star baseman Stephen Curry once again led the Golden State Warriors' attack by getting 30 points that helped them beat home to a 95-121...