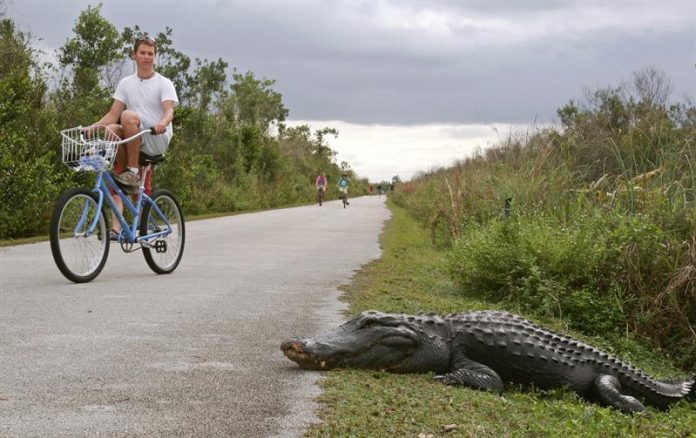 A man was hospitalized after being bitten several times by a caiman in a pond in Charlotte County, the fourth-largest attack on Florida’s southwest coast, local media reported Wednesday.

Frederic Iman, about 60 years old, was bitten this Monday multiple times in a large pond by a caiman that caused serious injuries, although none of them fatal, collected today the digital newspaper news-press.com.

Iman had to be airborne emergency to a nearby hospital, where he recovers from serious injuries.

The Florida Fish and Wildlife Conservation Commission (FWC) estimates that more than 1 million American alligators populate the state of Florida, reptiles that can exceed 14 feet in length and weigh more than 1,000 pounds.

With the attack on Iman, there are already four attacks of alligators recorded in southwest Florida so far this month.

Among them is the happened last 10 of July, when a woman of 71 years was hospitalized after being bitten in an arm and the legs by a cayman of about ten feet of length in a leafy urbanization next to a natural park also in the coast Southwest Florida.

Earlier this month, a ten-year-old boy was bitten by a caiman at Pace River in Arcadia, DeSoto County, and a 51-year-old woman had to be hospitalized after being bitten on the arm the same day while picking up a Golf balls on a lagoon in Rotonda West.