Atletico Madrid started their preseason for the next season of the Spanish league with a goalless draw at home to Mexican Toluca in a match of few emotions with numerous changes.

By the Mexican Devils of the Argentinean technician Hernán Cristante the first arrivals to the opposite area were in the minute 10 of the Argentine Gabriel Hauche and in the 18 of the Colombian Fernando Uribe, who threw the ball on one side.

Juafran touched the area defended by Alfredo Talavera in the 20 in the first signal of attack of the mattresses and in 30 the same player fired above the bow; The main threats of the Spaniards in the initial half in which Toluca finished better.

For the second part Simeone replaced all his equipment and gained in speed; Despite being 2,600 meters above the sea, Atleti advanced on the wings although he missed the last shot. 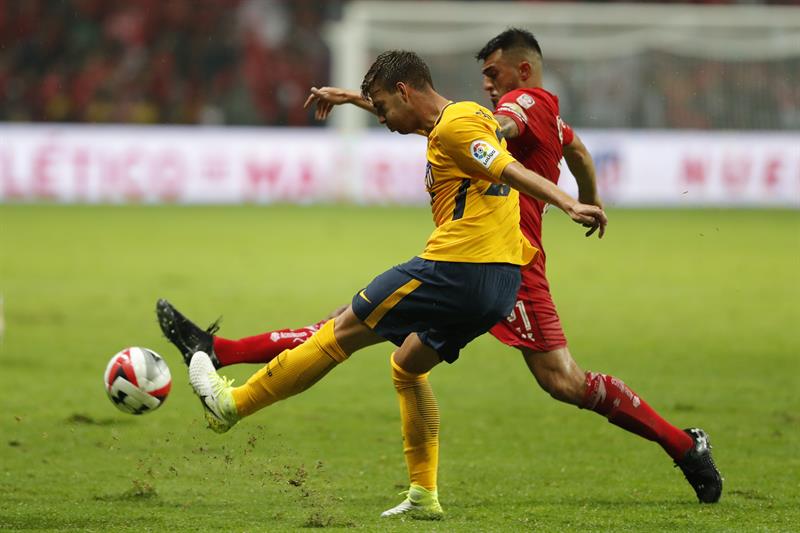 Hauche was close to scoring for the Mexicans in 58 and two minutes later was the Ghanaian Thomas Partey, who burst a ball with effect, deflected by Talavera.

With the pitch wet from the rain on a cold night of about 14 degrees of temperature, the two fought to counteract the opposing defense, but in the case of the Mexicans they lacked tino and in the case of the Spaniards, they showed that Are in the beginning of their preseason, which together with the changes prevented to compact the equipment.

In 93, seconds after finishing the match, Atletico came close to winning a counterattack; Again lacked tino in the auction and the tie was signed.

The fans of Toluca claimed that there was no series shootout of penalties but there was nothing regulated in that direction, which left a bittersweet flavor to the outcome of a meeting that celebrated the centennial of Toluca, held in the first part of this year.

Nerves and doubts among the displaced in Texas by Cyclone Harvey

Anguish and nerves grip the thousands today who have chosen to leave behind their properties and protect their lives before powerful hurricane Harvey landed...

Food in the USA are less safe than in Europe, according to the New York Times

Food in the United States is less safe than in Europe because, according to an analysis by The New York Times, the EU prohibits...

Researcher designs a food against diabetes based on green banana

Mexican doctor Angel Esteban Torres Zapata developed a food based on green banana and the plant known as neem (nimbus from India), which helps...

The Colombian singer Maluma announced today his tour "F.A.M.E USA Tour", with which he will tour at least 21 cities in the United States,...

The United States Police have arrested a man who had a rifle and ammunition in his vehicle in front of the official residence of...