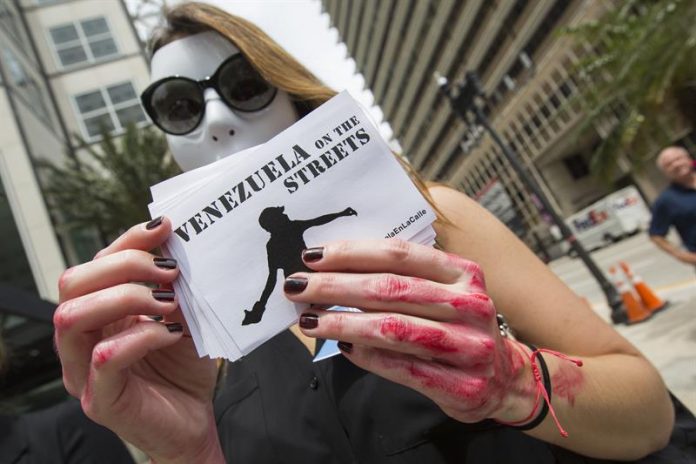 The Venezuelan group Persecuted Politicians in Exile (Veppex) today urged democratic governments to “disregard” the regime of Nicolas Maduro, when Venezuela enters the last week before the election of the Constituent Assembly in “against the will of the people” .

Veppex, based in Miami, Florida, appealed to the solidarity of democratic states in rejecting a government that “violates the Constitution” and has unleashed an “escalation of violence and violation of human rights” of Venezuelans.

“The defenseless people protest peacefully” to be heard, but “young people and adolescents are killed by the National Guard and paramilitary groups,” denounced the organization of Venezuelan exiles.

Veppex called on all Venezuelans living abroad to concentrate next Saturday at noon to ask the governments of their respective countries to “ignore the Maduro regime and its Constituent Assembly.”