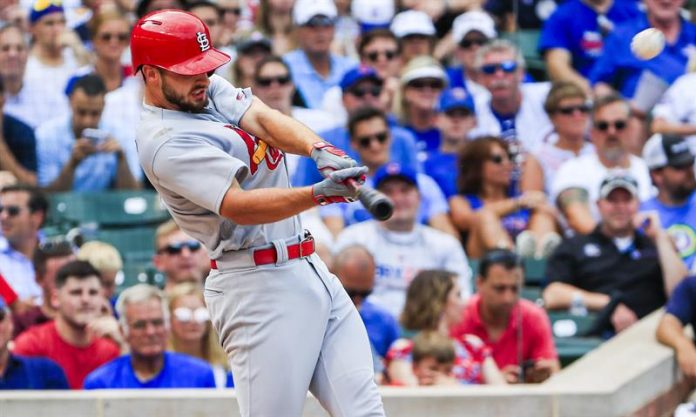 Shortstop Paul DeJong doubled the pair with two runs, broke a tie on the board and clinched a nine-game winning streak for the San Luis Cardinals, who beat the Cubs 11-4.

In the eighth inning DeJong doubled between the right and center yards and drove in two runs, including the one that defined the Cardinals’ triumph.

DeJong, who hit 1 of 5, topped nine in the eighth inning, definitive for the victory of the San Luis Novena.

In the mound the triumph was accredited the relief Matt Bowman (2-3) in a third of episode.

For the Cubs, Venezuelan catcher Willson Contreras (14) sent the ball into the street in the first episode by punishing the throws of Dominican starter Carlos Martinez, with one runner on board and two outs in the inning.

The loss was for reliever Carl Edwards (3-2) not to draw one out, but accepted unstoppable and three runs.