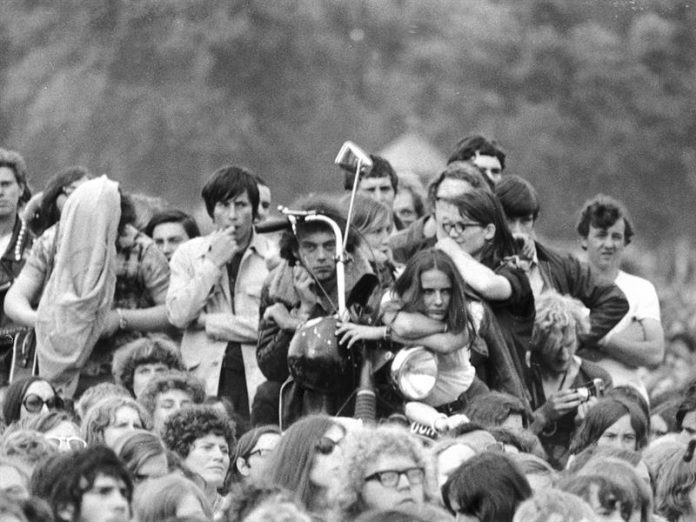 Los Angeles.- 50 years ago, summer brought to San Francisco much more than sun and beach days and made this California city a place for utopia, desires for peace, sexual liberation, experimentation with drugs and The musical revolution plowing the waters of psychedelia.

The “Summer of Love,” one of the great milestones of the hippie movement and counterculture of the 1960s, brought together about 100,000 people in the Haight-Ashbury neighborhood who shocked US social conventions. And opened a vital alternative for a youth who looked with suspicion on their elders.

Half a century later, San Francisco remembers the “Summer of Love” with a photographic exhibition of Jim Marshall in the city hall, the exhibit “The Summer of Love Experience: Art Fashion and Rock & The Road to the Summer of Love, “organized by the California Historical Society.

“We wanted a change: war, rigid ideas about what each sex should do, why black people had to be there and white people here.” No! Why can not we try and make it work? “Said Grace Slick, the iconic Jefferson Airplane singer, on CNN’s documentary” The Sixties. ”

Although the hippie movement had emerged in the middle of the decade, the “Summer of Love” in San Francisco and the Monterey Music Festival in June attracted media attention to young people who criticized the Vietnam War and declared themselves in rebellion before the Materialism, authority or conformity.

In return, hippies bet on creativity and hope in a better world, defended peace and solidarity, believed in soul liberation and spirituality and, in general, rejected any social convention or path marked by the classic ” American lifestyle. ”

“Our smiles are our political flags and our nudity is our banner!” Proclaimed activist Jerry Rubin, as captured in the book “Hippie” (2004) by Barry Miles.

San Francisco offered plenty of encouragement to artists, vagrants, mavericks, hustlers, and bohemians who flocked to Haight-Ashbury in 1967 seduced by the promises that Scott McKenzie sang in “San Francisco (Be Sure to Wear Flowers in Your Hair).”

It was a compact city compared to the enormity of New York and Los Angeles; Rents were cheap and large Victorian homes were ideal for communal living, and it was also known for a certain racial tolerance, for being the refuge of the beat generation and for political activism around the University of Berkeley.

But not everything was idyllic and police repression, increased violence in the streets and the gradual entry of hard drugs was coupled with the bewilderment of the authorities on how to react to this phenomenon under the shadow of an intergenerational conflict.

“There’s nothing intelligent, adult or sophisticated about getting LSD in. They’re just acting like complete fools,” California Governor and future US President Ronald Reagan said in a television interview.

“We would like to be able to live a clear life, a simple life, a good life, and think that the whole human race takes a step or several steps forward,” said Jerry Garcia, the leader of Group Grateful Dead, in the documentary “Long Strange Trip” (2017).

Together with bands such as Jefferson Airplane or Country Joe and The Fish, Grateful Dead gave form to a breakthrough and exciting musical scene that, under the psychedelic umbrella, penetrated in very long “jams” and incursionaba towards the more unknown side of the rock.

San Francisco also attracted talents from other places, such as Texan and unrivaled Janis Joplin, and although most of the psychedelic artists were white, in the heat of the hippie movement also emerged the black star Sly Stone or the Latin visionary Carlos Santana .

However, the “Summer of Love” died of its own fame and ended up becoming, over the months, a tourist attraction for the excess of people who came and for exposure to the media.

On October 6, activists from Haight-Ashbury officiated a symbolic funeral for the death of the hippie movement, which directed its steps towards the countryside and life away from the city but still had not said its last word: The Woodstock macrofestival on the East Coast would astonish the world only two summers later.