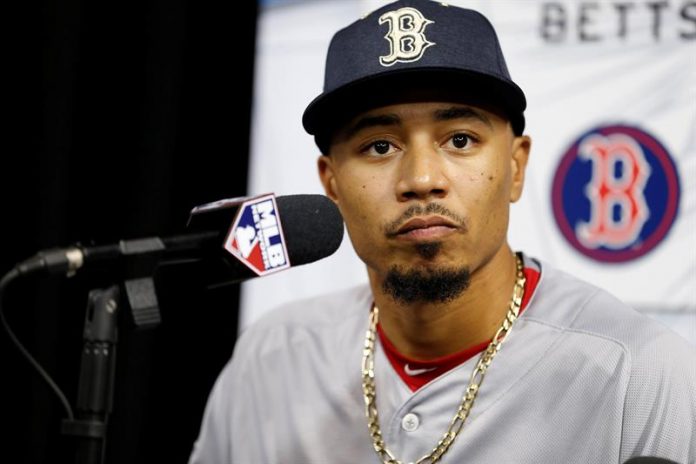 Rangers Mookie Betts hit a two-run homer and the Boston Red Sox defeated the New York Yankees 3-0 in the second game of a doubleheader.

The Red Sox split the day after losing the first of two games.

Betts (17) sent the ball off the field in the third episode leading a runner on the trails.

While on defense center fielder Jackie Bradley made a spectacular catch and avoided home run and preserved the Red Sox lead.

In the mound the victory was credited with starter David Price (5-2) in eight innings, allowed seven hits and withdrew eight punchers.

The defeat was loaded by Japanese starter Msahiro Tanaka (7-9) in seven innings and two-thirds, with eight hits, one homer and three runs.