Disney displays its power on the D23 with Marvel, “Star Wars” and “Mary Poppins”

Disney today exhibited its power at the D23 fair as the undisputed leader of the film industry today and featured exclusive breakthroughs from Marvel’s “Avengers: Infinity War” and the sequel to “Mary Poppins” as it warms up engines for the upcoming premiere Of “Star Wars: The Last Jedi”.

With the excuse of the D23, held until Sunday in the Californian city of Anaheim, Disney introduced news of companies that are grouped under its profitable umbrella: Marvel Studios, Lucasfilm, Pixar, Walt Disney Animation Studios and The Walt Disney Company , among other.

In fact, in 2017 also have not loosened the accelerator and “Beauty and the Beast” occupy the leadership with more 1,260 million dollars.

But what D23 fans wanted, many of whom lined up from Friday to enter the presentation, was to see details of the feature films that loom over the Disney skyline.

In the advance of this film, directed by the brothers Russo and that will arrive at the cinemas in May of 2018, could see the personages of the saga “The Avengers” next to those of “Guardians of the Galaxy” facing the fearsome Thanos , Played by Josh Brolin.

Spider-Man with his hair bristling in the face of a threat, Thor falling on the Guardians of the Galaxy ship, images of cities completely destroyed and Iron Man trying to stop Thanos were some of the passages that fans could enjoy, Completely mad at the scoop.

The first video of “Mary Poppins Returns”, the sequel to “Mary Poppins” (1964), which will star in the British Emily Blunt and the Puerto Rican artist Lin-Manuel Miranda, also received great applause. 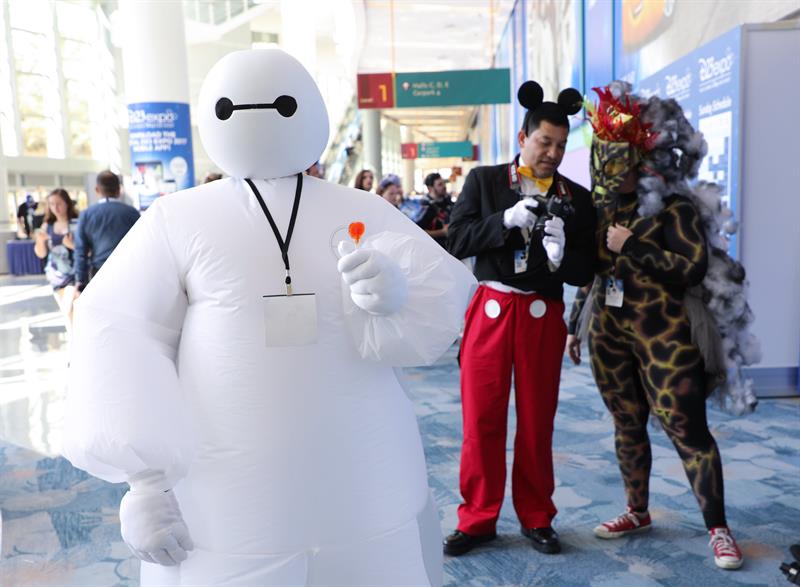 The two-minute advance showed the character of Miranda holding a kite shortly before Blunt descended as Mary Poppins with her iconic umbrella, as well as a varied set of musical numbers and children’s adventures with the spirit of the original tape .

Rob Marshall, the director of this film to be released on Christmas 2018, said they have been “very protective” with the legacy of the original film and noted that shooting “Mary Poppins Returns” had “a foot in the past and a foot In the new history “.

The D23 audience also stood to receive the cast of the imminent “Star Wars: The Last Jedi,” the new installment of the galaxy saga devised by George Lucas that will come out on December 15.

Mark Hamill, Daisy Ridley, John Boyega, Laura Dern, Gwendoline Christie and Benicio del Toro as part of the cast of “Star Wars: The Last Jedi” were in charge of presenting a clip with images behind the scenes of this production.

Hamill, the artist who gives life to the charismatic Luke Skywalker, emphasized that the screenplay by Rian Johnson, also director of “Star Wars: The Last Jedi”, has many “unexpected elements”, something that in his opinion has merit because “More difficult” to surprise in a saga as extensive as that of “Star Wars.”

On the other hand, Disney also took advantage of the act today to delve into its successful strategy of adapting its animated successes to the new times and with real action based on digital effects.

In this way, he presented the first video of “The Lion King”, the remake directed by Jon Favreau (“The Jungle Book”, 2016) that today dazzled the public for its reinterpretation, step by step, of the unforgettable beginning of the Animated film of 1994 under the song “Circle of Life” and with the animals of the savannah prostrating itself before the birth of the lion Simba.

Disney also confirmed that it is working on new versions of “Mulan”, “Aladdin” (with Guy Ritchie as director and Will Smith as the genius) and “Dumbo” (with Tim Burton as filmmaker).

“A Wrinkle in Time,” with Oprah Winfrey and Reese Witherspoon, and “The Nutcracker and the Four Realms,” with Morgan Freeman and Mexico’s Eugenio Derbez, completed Disney’s list of ads.

Outside of the presentation and continuing the keynote of Friday’s opening day, the scenes along the corridors reflected the paradise of any Disney follower, with numerous disguised attendants and commercial stalls selling any imaginable item related to Disney films. the company. 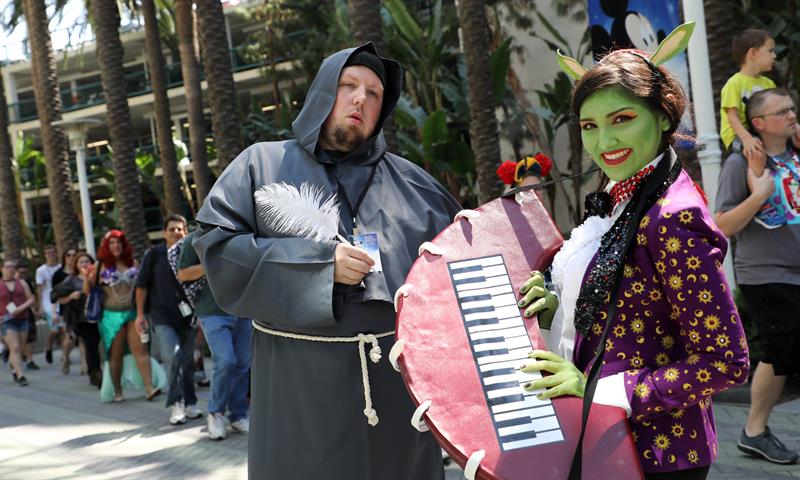 .- The American Kevin Kisner won the victory in the World Match Play golf that has been played in Austin (Texas, United States) after...

Writer Julia Álvarez receives recognition from the University of Florida

The Dominican writer Julia Álvarez was awarded the Lawrence A. Sanders Award by the International University of Florida (FIU), in recognition of her creative...

New “black Friday” in the US, but each year losing its original profile more

The United States once again reached the consumption fever of "Black Friday", a custom that extends for several decades but, as time goes by...

Mexico starts today the 23rd National Week of Information on Alcoholism, in order to raise awareness and inform the population, particularly young people, about...