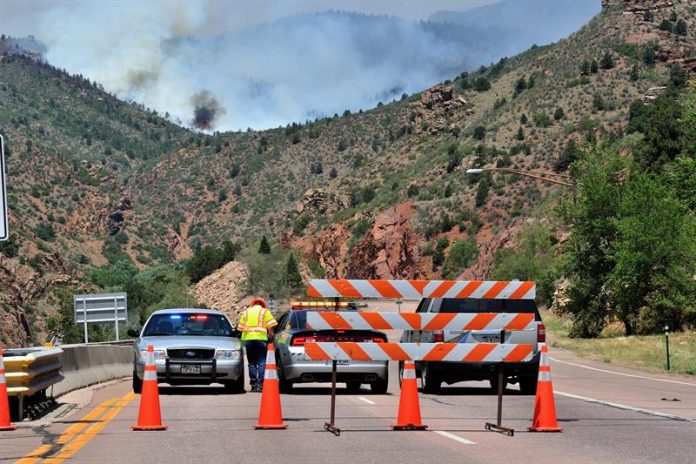 Although about 80 percent of those affected or displaced by the reconstruction of the interstate highway (I-70) in north Denver, Colorado, is Latino, only one in five jobs related to that huge project will be destined to Minorities, the Colorado Department of Transportation (CDOT) said today.

“Central Project 70 is itself a major economic engine for the entire Denver metro region.” CDOT wants to make sure these economic and employment opportunities are available to local residents, “said Shailen Bhatt, executive director of State agency.

The project, with an initial cost of $ 1.7 billion, will expand and modify 16 kilometers of I-70 and will have about 4,000 employees, impacting mainly two impoverished neighborhoods in the north of the capital of Colorado: Globeville with 68 per Cent of Latinos and Elyria-Swansea with 84 percent.

At the same time, as announced by CDOT last year, the Federal Highway Administration (FHWA) will provide about $ 400,000 for the minority recruitment process, to which CDOT will add an additional $ 200,000.

As a comparison, 5 million dollars will be used only for the new irrigation system that CDOT will install in what is now a raised portion of the I-70 that will be transformed into a raised park.

In addition, minority recruitment for the Central Project 70 may be undertaken outside the area directly adjacent to the building, and those minorities include not only Hispanics and other ethnic groups, but also women, veterans, and persons with disabilities.

That’s why, according to Candi CdeBaca, head of Elyria-Swansea-based Cross Community Coalition, although the announcement “sounds good, it probably will not be fulfilled” nor will it “provide real benefits.”

CdeBaca is opposed to the expansion of I-70, among other factors, because construction will displace hundreds of Hispanics from their homes and will force the closing or removal of dozens of Latino small businesses established decades ago on both sides of the road.

Therefore, for the leader, CDOT’s announcement of “hundreds of jobs for local leaders” is only “something to make the project more acceptable.”

But CdeBaca is not the only one opposed to the project as a group of residents and businessmen filed a lawsuit in Denver federal court Monday, arguing that the project should be halted for not properly considering the environmental impact of the system Drainage system.

Also Monday, the Sierra Club filed another lawsuit in this case focused on alleged breach of federal air quality laws. Two other similar lawsuits had already been filed.

Anthony DeVito, director of the project, told Efe that 148 community organizations support the initiative and that CDOT’s community commitment “exceeds that of similar projects in Colorado or elsewhere in the United States.”