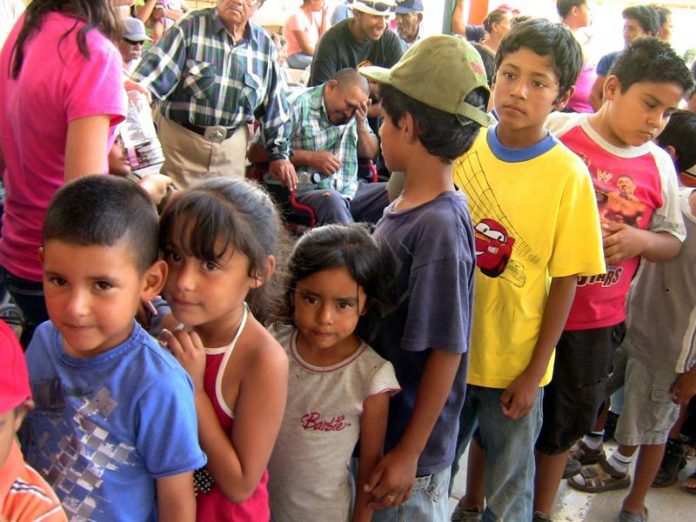 Parents who paid to bring their children to the United States clandestinely claim that they were forced to do so to save them from death and that the Trump administration should, instead of wanting to stop them, understand their reasons.

“What this government has not understood is that if you risk bringing the children, it is because there is no other option. It is to send the money to bring them or for the burial,” declared José A., a father who paid For bringing his two sons to the country and preferring to keep his surname anonymous.

The story of José A. begins when he left his children in the care of his maternal grandparents in Guatemala to come to the United States to seek a better future.

Although he and his wife had not thought to bring their children, the death of a teenage cousin who lived with the children ignited the alarms of the two immigrants.

“I did not want to bring them but they threatened everyone in the house and I had no choice. If the president had to choose, he would do the same thing,” said Elsa.

The Guatemalan added that it was the promises that the children would be safe if they entered the border alone, which made her decide to bring them.

“What was said was that they stop them, they take their information, they send them to a shelter, the social worker calls you, they ask for your data, you pay for the plane ticket and your children are going to be with you,” he said.

He said that after making the decision they sent the money to a family member, who was in charge of bringing the children who entered in 2014 with 9 and 7 years of age.

Teresa Tejada, director of the Los Angeles Salvadorean Association (ASOSAL), explained that most of the immigrant parents in Central America are trying to bring their children with known or family members.

“They came to give a better future to these children, and they are trying to get them out of the violence that our countries live in, they will not risk them so easily,” he said.

With the Trump Administration’s new guidelines to combat human trafficking, undocumented immigrants who pay to bring their children to the country illegally are also in the spotlight.

Despite this, Jose A. and Elsa said that they do not regret having brought their children and indicated that the fear that is felt stronger knowing that your children can be victims of violence, than to face the punishment that the Administration Trump intends to impose on parents who have paid to bring their children.

“Since we took the risk of coming without papers we were afraid, but now that we are all family, working, without hurting anyone we have become stronger and we will try to face this persecution together,” said Elsa.

The new “persecution”, as Elsa called the recent measures of the federal government, has generated several reactions and a wave of calls to the defenders of the undocumented.

“There is a lot of fear, especially of those who have to go to court with the children who are asking for political asylum, because they think they will be arrested at the hearing,” said Immigration lawyer Alex Galvez.

Patricia, a Salvadoran mother who brought her 10-year-old daughter last year, is waiting with fear to appear in court to prove that her daughter deserves a political asylum.

“Proving it is very difficult, the testimony of the children is not accepted, and they would have to have the statement of the traffickers,” said Galvez who believes that this measure, like many others in the current administration, is only intended to create a wave of fear but Which is almost impossible to implement.

“I do not know what to do, if I’m arrested or deported with who my daughter is, I’m the only thing she has in life,” Patricia said.

The immigrant Leticia Argentina González considers that the new policy of the Administration does not make sense, because “it should go against the coyotes” and not the parents.

Ten years ago, the Salvadoran woman lived a nightmare of which she says she still does not wake up. His two daughters Luz Karina Campos 12 and Blanca Lilia Campos 10 were lost in the desert with their sister-in-law when they tried to enter the country.

A year and a half later, federal authorities recovered the remains of the corpses of the three immigrants who had been abandoned in the desert by the traffickers.

The traffickers, despite having lost them, tried on several occasions to extort Gonzalez, and despite the work of the FBI never found the whereabouts of the criminals. In El Salvador a member of the network was the only court for the death of the three immigrants.

Immigration lawyer Fernando Romo told Efe that the policy of punishing parents for engaging in trafficking in their own children is not new.

“Implementing these allegations (of traffic) is not going to be easy,” said the lawyer who said that for the authorities it will be very difficult to prove something when one person is an accomplice and victim at a time.

While the Trump Administration is promoting its campaign, the family of Jose A and Patricia gather evidence to prove that their decision was life or death.

“I believe in the justice of this country, and the only thing that we are guilty of is to love our children,” concluded José A.