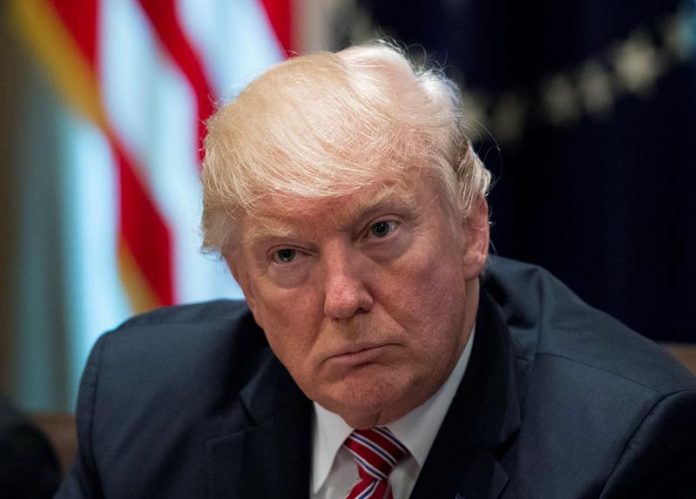 President Donald Trump’s immigration veto to the refugees and citizens of six Muslim-majority nations began today to apply with exceptions that have caused controversy and that will allow, for example, the entry of a daughter-in-law in the country, but not of who Have a grandfather.

The immigration veto came into effect at 20.00 local time in Washington (00.00 GMT) and also affects refugees and Muslims who do not have a “formal” relationship with US companies and educational institutions, officials said in a conference call. Asked for anonymity.

“We live in a very dangerous time and the United States Government needs all the tools at its disposal to prevent terrorists from entering the country and unleashing violence,” said one of the public employees during the call.

The implementation is possible thanks to the Supreme Court, which on Monday allowed the entry into force of some parts of the veto, designed to prohibit for 120 days the entry of refugees and, for 90 days, the entry of nationals of six majority countries (Iran, Somalia, Sudan, Syria, Yemen and Libya).

The Supreme Court ruled that Trump could deny entry to the United States to anyone who can not prove that he has a “genuine” link with the country, that is, that they have no family or have no plans to work or study in the country.

The Supreme Court left the exact definition of those limits to the Government, and so the State Department sent new directives Wednesday night to US embassies and consulates to inform them of how to implement Trump’s executive order.

These guidelines state that those who want to enter the United States must demonstrate a relationship with parents, spouses, children, sisters, daughters-in-law or siblings already on US soil.

Excluded from this category of “close relatives” are the grandparents, grandchildren, uncles, nephews and cousins, who can not serve as an anchor to their relatives abroad to process their entry.

This distinction has been considered “arbitrary” by civil rights organizations, such as the Union for Civil Liberties in America (ACLU).

“It is clear that President Trump’s purpose is to discredit and condemn Muslims. The guidelines do not comply with the Supreme Court’s order, are arbitrary and are not tied to any legitimate Government objective,” said Omar Jadwat, director of ACLU Immigration project.

With regard to professional ties, the State Department has defined that those who have established a “substantial”, “formal” and “documented” relationship with an educational or business entity may enter upon entry into force of the veto.

In its directives, the State Department gives consular officials the possibility of making exceptions and granting visas if the applicants are, for example, children or “individuals who urgently need medical attention.”

Moreover, it will not revoke the visas already approved, which is to avoid the chaos that caused at airports around the world the implementation of the first veto proclaimed by Trump on January 27.

Then, people who had processed their visas for months could not enter the US because their permits were canceled without prior notice and while they were inside the aircraft.

It was precisely in January that Trump tried to impose his immigration veto for the first time, but he had to give up before the judicial blockades and proclaim the order that was partially enforced today.

That veto will be implemented until the Supreme Court issues a ruling on the case, which it will likely study during the first week of October, an official said today.

In parallel, the House of Representatives today approved two bills that, if ratified by the Senate, would tighten measures against undocumented immigrants.

One of the laws seeks to intensify penalties against deported criminals who have re-entered the country, while the other seeks to punish those known as “sanctuary cities,” those who refuse to cooperate with federal authorities for the expulsion of immigrants.