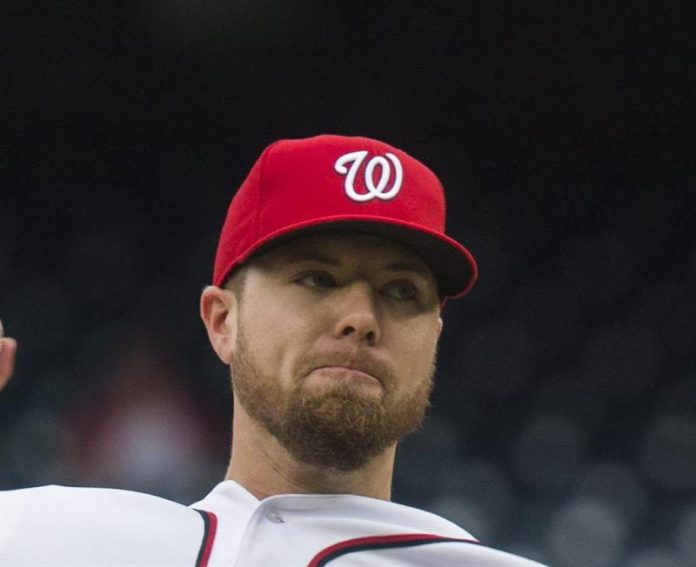 The Cubs of Chicago and the San Luis Cardinals, both framed in the Central Division of the National League, played back trails that gave important triumphs of visitors.

While the Padres of San Diego continued along the winning road and got along with the Pittsburgh Pirates bleached tracks during the day in the Old Circuit.

Center fielder Jon Jay took the opportunistic bat in the top of the ninth and opened the way for the Cubs’ comeback and 5-4 victory over the Washington Nationals.

Jay hit a two-run double in a three-hitter in the ninth inning against reliever Blake Treinen who changed the game’s history.

Hitter Tommy La Stella produced a run with a two-out single off Treinen (0-2), and Jay hit an unstoppable right-center cross that produced the second-base scores for Puerto Rican Javier Báez and La Stella, who They decided

Wade Davis pulled two hitters through the punch in a perfect ninth in his sixteenth save of the season after Felix Peña (1-0) won the eighth.

Dominican rookie Jeimer Candelario, 23, who played as starting third baseman instead of injured Kris Bryant, broke a 1-1 draw in the seventh after connecting the first homer of his career against starter Joe Ross.

Dusty Baker was sent off for the first time in his two campaigns with the nation’s capital team after discussing a punch in the sixth inning.

Randal Grichuk put the Cardinals up with a three-run homer in the seventh inning and drove in five runs by leading San Luis to a 10-4 win over the Arizona Diamondbacks.

The home side won 3-2 with two outs in the seventh inning when emerging pop star Luke Voit hit a one-on-one double against reliever Ruby De La Rosa (0-1), who was to take the loss by conceding two Runs, three hits and two walks, without punches in only one work entry.

Matt Carpenter received an intentional passport and Grichuk sent the slider in a 1-2 count to the stands behind the left field.

Tommy Pham contributed a two-run single against Panamanian Randall Delgado in the eighth. Grichuk continued with a two-run double and crossed the plate with a single from Stephen Piscotty.

Lance Lynn (6-5) clinched the win by allowing three runs and four hits in six innings, struck out seven batters and negotiated a passport.
The Cardinals took two of three games in the series against the Diamondbacks, who were trying to win a series for the seventh consecutive time.

Lamet (3-2) was stellar in the seventh opening of his career with his straight and surprised the Braves with a late slider. In addition, he struck out eight rival batters and walked one.

The victory completed a three-game sweep of the Padres and cut the Braves’ streak in four consecutive clashes. After winning 8 of 10, Atlanta had conceded two consecutive defeats before the Padres.

Myers homers in the second episode and Renfroe in the fifth backed the work of Lamet. It was the sixteenth home run of the two Padres players, matched by the best team record.

The Mexican Jaime Garcia (2-6) loaded with the loss after a work of six innings with six annotations, seven indisputable, six strikeouts and three tickets.

Venezuelans Jesús Aguilar and Manny Piña and Dominicans Jonathan Villar and Domingo Santana hit five of the six homers and eight of the Milwaukee Brewers’ 12 hits in 11-3 over the Cincinnati Reds.

National League Central Division leaders hit six home runs for the first time since 2007, when they also did it in Cincinnati against the Reds.

The Puerto Rican T.J. Rivera hit three hits and drove in two runs, Jay Bruce added a pair of undisputed producers and scored twice and the New York Mets took the decisive game of the series to the Miami Marlins 6-3.

Curtis Granderson scored two runs and drove one more for the Mets, who finished 5-5 on a tour that had a bad start.

Puerto Rican starter Seth Lugo (3-1), in his fourth start of the year, allowed three runs – two of them clean – in six innings. Addison Reed, New York’s fourth pitcher in the game, pitched the ninth for his twelfth ransom of the season. Jose Ureña (6-3) took the loss by allowing six hits and five runs in six innings.

Taillon (4-2) gave pair of passports and gave up four strikeouts in his longest performance since returning from a battle with testicular cancer earlier this month, improving his effectiveness to 2.97 despite the fact that at least one rival was based on six Of the seven episodes he worked on.

Outfielder Andrew McCutchen went 3-3 with a single producer. The National League MVP in 2013 hits .397 from June 1.