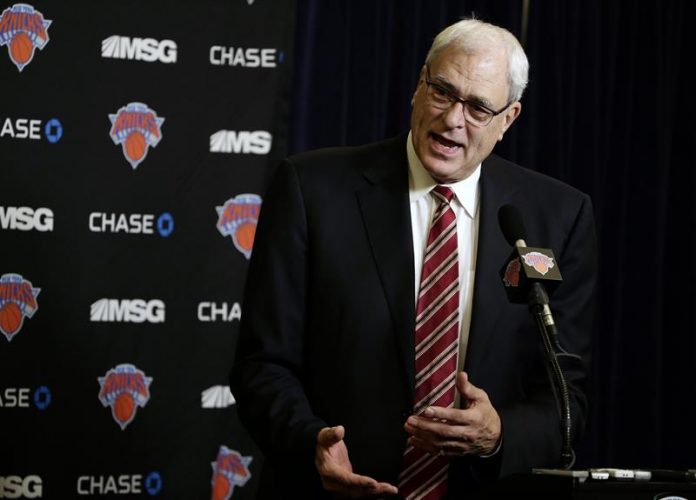 Legendary coach Phil Jackson left the Knicks’ home behind the New York franchise owner, James Dolan, who has been betting on his arrival three days ago to end the sport turbulence.

Jackson, 71, signed a five-year contract in 2014 but his early dismissal confirmed he did not have the magic wand with which from the bench led the Bulls to the conquest of six rings and the Lakers to raise with five.

The fall of the operations chief of the Big Apple team precipitated his desire to transfer to Kristaps Porzingis and Carmelo Anthony.

By then other controversial decisions of his had convulsed the atmosphere: the dismissal of the trainer Derek Fisher, for which bets in his first season and that finished the last of the Eastern Conference with only 17 triumphs; His bad relationship with Anthony and the bad results of some signings.

Dolan did not hesitate and fired Jackson, who leaves the club with a sad balance: 80 wins and 166 losses, and could not have got the Knicks to practice the ‘offensive triangle’, which made him famous with the Bulls and Lakers .

“The Knicks will always have a special place in my heart, this team and this city launched my NBA career, I will always be in debt, I was hoping to bring another ring to Madison Square Garden and I am deeply disappointed that I did not do it. To the Knicks, now and forever, “Jackson wrote in his farewell.

Jackson’s position has been provisionally entrusted to Ste Mills.
The local sports press claims that James Dolan is targeting Masai Ujiri of the Raptors.