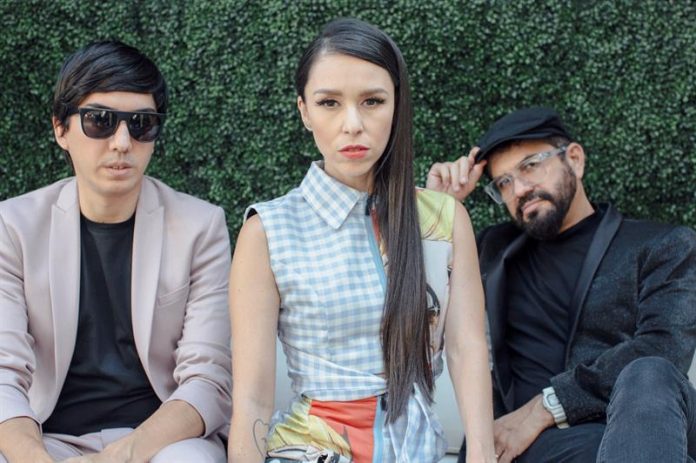 After seventeen years of career and with a new album about to leave the oven, Mexican electro-pop band Belanova said in an interview with Efe that they are living a new beginning as a group.

“Really, for us, every time we make a record, it’s like starting over,” bassist Richie Arreola explained about Belanova’s first studio album since “Dream Electro II” (2011), which will go on sale later in the year. August and of which by now the single “Cásate Conmigo” is known.

“Personally, I think it’s one of the best albums we’ve ever made. I really like what we keep discovering when we make music, and yes, it’s like starting over in the best way, with all the work you have Done over the years, is to take up and continue to do what you love, “he added.

The group formed by Denisse Guerrero, Edgar Huerta and Richie Arreola in Guadalajara (Mexico) is now in southern California to perform tonight in Los Angeles and tomorrow in Anaheim.

Belanova continues to tour the world in a very busy 2017 for them, as they moved to Sweden to continue working on their new album and traveled to China for their first tour in Asia.

“It’s a special year for Belanova,” said Huerta, “when we were 17 years old and living with new experiences and traveling to places we had never been to.”

“The experience in China was fun.You go to a place where you do not speak your language, and English, very little.But you start communicating with signs, as you can, and it’s time to get on the stage and you realize That music connects you, “said the keyboardist.

Huerta added that surely the Chinese public did not understand the lyrics of the songs but they were seen “dancing and jumping”, while Arreola underlined the ambition of the group to explore new horizons: “You always have to aim and have a higher goal Within the music “.

For her part, the singer Denisse Guerrero detailed aspects of the new album, for which they worked with composers such as Chetes and producers like Sebastian Krys, and for whom they traveled to Stockholm with the aim of collaborating with technicians from the Swedish country who model a “sound Fairly polished, very fine. ”

The lyrics (from the album) are very honest I do not like to force the theme of the songs (…) They have to do with what I’m living, how I feel. To say that I am sad or that I am happy.
They really shaped my emotions as they are, “said the singer.

Belanova admitted that six years since his last studio work seems a long time, but he replied that “this has been the case” and stressed that meanwhile have not stopped giving concerts and reveal special releases like the live in symphonic key “Songs For the Moon “(2013).

“In this album, we realized that we are rediscovering ourselves with the essence of the band”, Huerta said about a work “with the Belanova label” and that, after the orchestral and Acoustics of the group, incorporates “a lot of programming, many ‘beats’, a bass live performance and the voice and lyrics of Denisse.”

On the other hand, Belanova considered that now there are many more freedoms and less prejudices in the Latin music than when they began their race.

“It’s like, ‘If they’re going to do something electronic, why do not they sing it in English or French?’ ‘In Spanish it does not sound.’ ‘There’s an openness and a desire to say,’ I’m Latin, here’s what I do “There is no such thing as hiding or wanting to sound another way,” said Huerta.

In the same sense Guerrero manifested by extolling that Latin music, instead of looking at other countries or cultures, is “turning inwards”, as shown by the success of reggaeton or electronic cumbia.

Belanova, who has always been very well received within the gay community, said that they do not compose songs for a particular group, but her singer suggested a clue to her success within that audience: “We only have love for all the people who want Listen to us “.