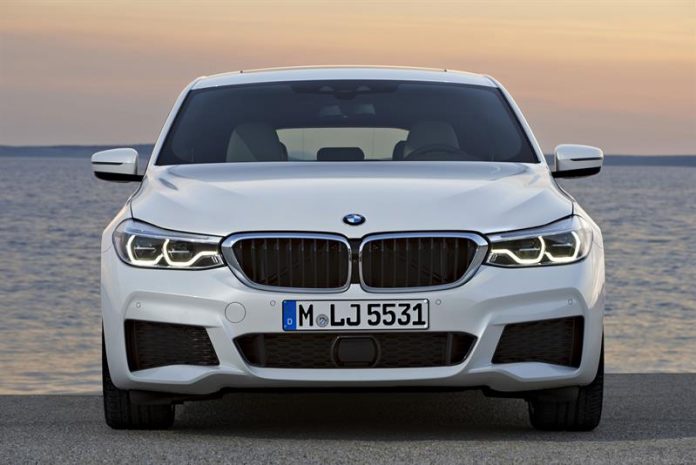 BMW will market this autumn in the United States the Series 6 Gran Turismo 2018, a sport sedan of four doors that replaces the GT of the Series 5 and that is endowed with a turbo engine of 3 liters with 335 horses of power.

The BMW 6 Series has been on the road since 1976 and currently the family of vehicles of the German brand is in its third generation with three body styles: the traditional two-door coupe, the convertible and the grand four-door saloon Coupé.

The Gran Turismo 6 Series stands as a perfect blend of the four-door Grand Coupé and the traditional Coupé while replacing the Gran Turismo 5 Series.

Among the novelties of the Gran Turismo 2018 compared to the other 6 Series vehicles is the elevation of the driver’s seat, as well as the body, which allows a better view of the road.

In spite of the elevation of the seats, the changes made in the cabin, especially the rear configuration of the body in which the BMW engineers have opted for a hatchback design, allow a height in the rear of 38.5 Inches, or 97.79 centimeters.

The “hatchback” design has also made it possible to increase the cargo space by extending the trunk.
The longer length of the vehicle, which has a wheelbase of 120.9 inches, or 307 centimeters, compared to other models of the Series 6 compensates for its greater height, maintaining the long vision of Gran Turismo.

Other details of the model are the frameless windows of the doors and the classic front grille of BMW of big dimensions that according to the German manufacturer emphasizes the muscular image of the vehicle. 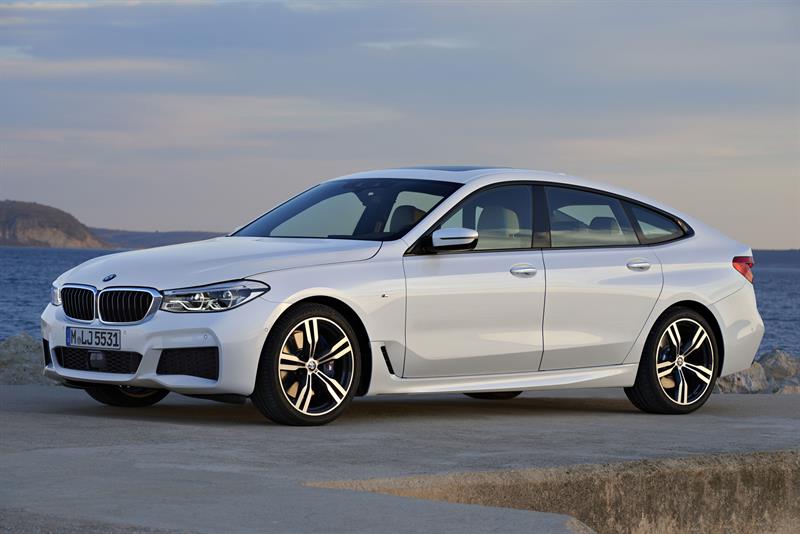 The front grille features BMW’s Active Kidney Grille system that opens openings behind the grill to improve engine ventilation when needed, and closes them to improve the vehicle’s aerodynamic performance.

Also to improve the aerodynamic profile, the lows of the Gran Turismo 2018 of the Series 6 are in almost total covers. And air curtains in the front air intakes and vents behind the front wheels reduce turbulence around the wheel arches to improve aerodynamic efficiency.

At the rear, the aileron is automatically activated when the Gran Turismo exceeds 75 miles per hour and retreats when the speed drops to 50 miles per hour.

Under the hood, the 6 Series Gran Turismo 2018, which in the United States will be marketed from the fall as BMW 640i XDrive Gran Turismo, is equipped with a turbocharged twin-engine TwinPower Turbo 3-liter and 6-cylinder in-line that develops 335 horsepower And a torque of 332 pound-feet between 1,380 and 5,200 revolutions per minute.

The engine, which is made of aluminum, is coupled to an eight-speed automatic Steptronic Sport, with cams on the steering wheel.

The transmission has an intelligent management system connected to the navigation equipment of the vehicle that allows to anticipate the actions of the driver.

BMW said that when information from the navigation system signals that the vehicle is approaching an intersection, it performs a gear reduction to take full advantage of the engine braking.

The system also prevents unnecessary changes, for example when there are two immediately consecutive curves.

And when the driver selects the Eco Pro mode, the system switches off the drive shaft to allow unresistent advancement when the driver lifts the accelerator foot between 30 and 100 miles per hour.