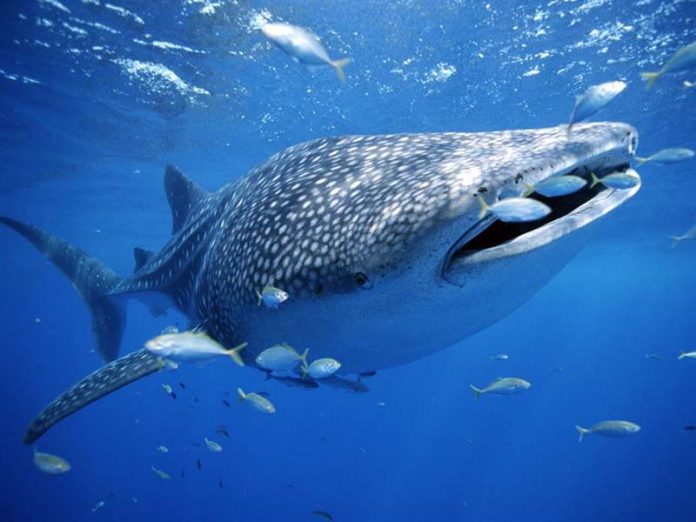 Swimming with a whale shark on Isla Mujeres is not only a unique tourist attraction, but also helps local development and promotes the conservation of these huge animals that only eat plankton and small fish.

This experience is possible during the Whale Shark Festival of Isla Mujeres, whose tenth edition is celebrated from 20 to 23 July, with the same theme of World Environment Day 2017: connecting people with nature.

From mid-May to late September, hundreds of whale sharks, the largest fish in the ocean today, can reach up to 42.65 feet and weigh up to 47,000 pounds, Are meeting in waters near Cancun.

At the same time the diving experts of the area are put at the disposal of tourists and locals to guide them in the unique and ecological experience of swimming next to this gentle and enormous marine creature.

The whale shark (Rhincodon Typus) can live up to one hundred years and swim without stopping in the temperate seas until it reaches places with warm surface temperature waters, where they grow the plankton blooms from which they feed.

This gigantic fish, which has a greyish back with circular spots and horizontal lines and vertical white or yellow lines and completely white belly, also lives in tropical waters of other countries like Honduras, Australia, the Philippines and Tanzania.

In 2008 the participants of the International Whaling Conference held in Mexico agreed to establish August 30 as International Day of this species.

Authorizations for swimming with the whale shark are increasingly hardened, so this year will be granted fewer permits to companies dedicated to this activity and is even thinking of establishing days of rest.

Gustavo, a guide and driver who transports in a golf cart to tourists, indicates that “the festival has become for years the greatest attraction of the island.”

This year’s program also encompasses other water activities that have made Isla Mujeres a favorite vacation spot such as sport fishing, scuba diving and snorkeling on reefs.

The festival, which starts on Thursday 20th July with a parade around the city, also offers a conference with presentations by marine biologists and exhibitions that show the beauty of the island, which in those days adorns its streets with murals of whale sharks, photographs And samples of local crafts.

The little ones can also enjoy their stay doing activities such as sand sculpture, participate in traditional dances or visit the turtle farm, among other activities of this festival that last year broke records attracting thousands of Mexicans and foreigners.

Founded in 1850 by Mayan and Yucatecan fishermen shortly after the Caste War broke out in the state of Yucatan, the population of Dolores de Isla Mujeres, one of the 11 municipalities that make up the Mexican state of Quintana Roo, was recently declared ” Pueblo Mágico “by the Mexican Tourism Board.

The Cancun Resort is committed to promoting ecotourism and the sustainability of places in the region, such as Isla Mujeres, and carries out various initiatives to support the efforts of environmentally friendly organizations.

“After successfully completing 2016 in terms of tourist arrivals, we are very confident in the continued growth of the destination and expect to receive more visitors from all over the world,” said Efe Lizzie Cole, director of the Office of Tourism Visitors and Conventions (OVC) of Cancun.

Also, “with increased air connections from major US cities, plans to expand the airport, a strong US dollar (in the market) and new hotel developments on the horizon, Cancun continues to increase its tourism offer To consolidate its position as the first tourist destination for Americans, “he added.

On June 4, air connections with the United States increased with a new route: Fort Lauderdale (Florida) -Cancun (Mexico), in charge of the American airline Southwest.