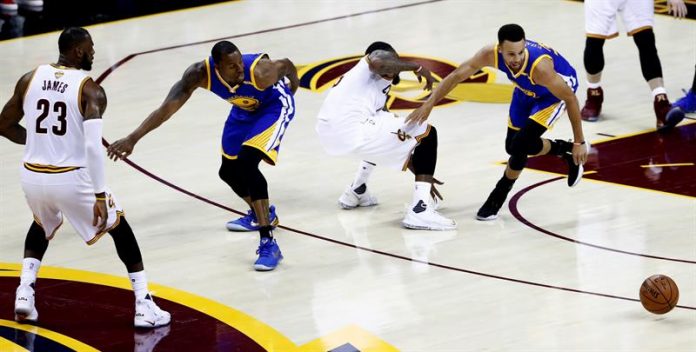 LeBron James returned to lead a great individual performance at the head of the Cleveland Cavaliers that was not enough to avoid defeat (113-118) against the Golden State Warriors in the third game of the NBA Finals .

“We did not lose because the team played poorly, otherwise we raised our game level, scored points and defended, but the Warriors’ offensive power was devastating,” said James, who contributed 39 points, 11 rebounds and nine assists. “I’ve never seen teams with so much offensive power.”

James, who played 46 minutes and Kyrie Irving’s 44th base, acknowledged that the physical effort had been great, but did not think he would ultimately have any influence on the final score, something that was considered by Warriors coach Steve Kerr, After his team in the last three minutes got streak of 11-0 points by 0-8 field shots of the Cavaliers.

“When we finished the Eastern Conference finals, I already anticipated that facing the Warriors was a real nightmare and has been confirmed by the offensive power they have, as I had not seen before and I have faced very good teams,” said James. “We did great things tonight in the field, but they did it better in the end.”

Again, individual compensation was the only thing left to James in the duel against the Warriors, who have the current league champions against the wall with a 3-0 record and without any team in NBA history To overcome so much difference in a final series to the best of seven.

James with 39 points was placed just one point to beat legendary Micheal Jordan in fourth place on the all-time list of scorers in the NBA Finals.

James also became the first player to play 20 or more games in the NBA Finals with two different teams, he did with the Miami Heat (23) and now with the Cavaliers.

The players of the Cavaliers, as well as the Warriors are aware that not yet series has not finished and that the most difficult, decisive triumph is missing.

“Nothing is over,” said forward Kevin Durant who was the Cavaliers’ great executioner. “The work is not done and I do not think about relaxing, since this is a sport where anything can happen.”

The Cavaliers coach, Tyrone Lue, also thinks so and after highlighting the great work that made the whole team, is convinced that they will fight more than ever to win the victory in the fourth game.

“If we play like we did tonight we will have options to fight for the win,” Lue said. “The game could be won by either team because we did enough merit.”

Lue said that the final difference was in the specific mistakes that the team played in the final stretch of the match and that condemned them to defeat.

“We will be ready for the bout on Friday and we will fight to the end in search of the win we know we can get,” Lue said. “A win is what we need to stay alive and get back to Oakland.”