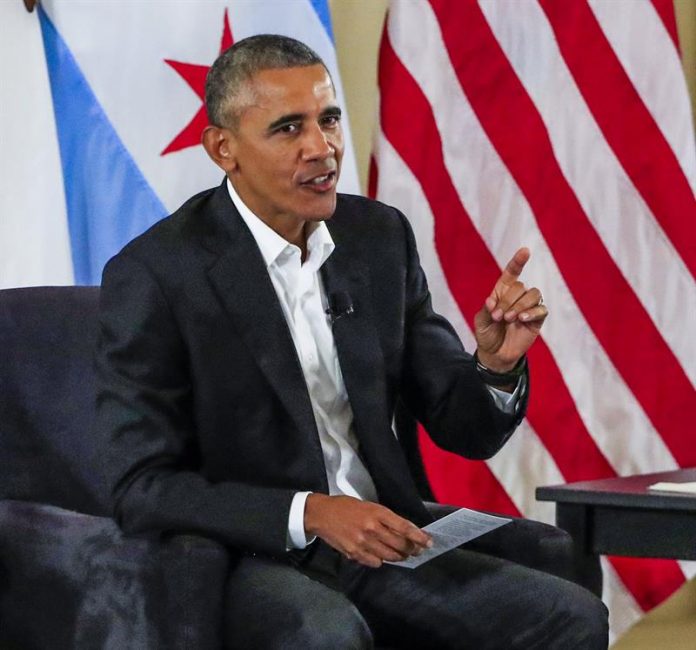 Former President Barack Obama regretted today that with the withdrawal of the Paris Agreement announced by his successor Donald Trump, the United States stands in “the small handful of countries that reject the future.”

“Although this government joins a small handful of countries that reject the future, I am confident that our states, businesses and cities will step up and do even more to lead the way” in the fight against climate change, Obama said. A statement minutes after Trump announced the departure of the US.

Obama, who made his climate change agenda one of the priorities of his government, was precisely the one who ratified US participation in the Paris Agreement in December 2015.

The former president said that “a year and a half ago, the world was united in Paris around the first global agreement to put the world on the road to low carbon emissions and protect the planet we left our children.”

“It was the firm leadership and US principles on the world stage that made it possible to achieve,” Obama insisted.

In his brief statement at the White House, Trump charged the Paris pact as “an example of a deal that is disadvantageous to the United States,” noting that it is not tough enough for countries like China or India.

The Paris Agreement had been signed by 190 more countries around the world, and Washington was committed to reducing greenhouse gas emissions by 26 to 28 percent by 2025 compared to 2005 levels.