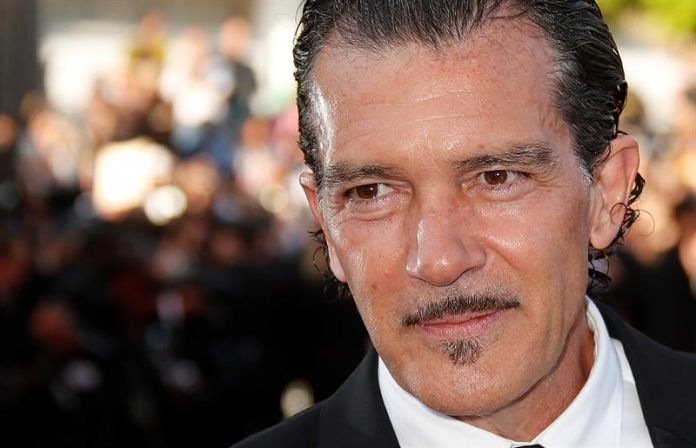 Accompanied by renowned designers, Antonio Banderas today launched the 2017 edition of Miami Fashion Week (MIAFW), during which will be presented a fusion of the main Ibero-American trends in beachwear or resort with ecological, social and humanitarian proposals.

“The catwalk is the most important thing, it’s the backbone, the work of the designers,” said Banderas, honorary chairman of the event, who last year launched his own fashion firm.

With mustache, jeans and an intense green sweater, the Spanish actor, one of the highest Latino artists in Hollywood, added that “however, it is important to relate fashion to altruism.”

The president of the MIAFW, Julio Iranzo, stressed that the organization has also incorporated art and music into the activities.

Accompanying fashion, the organization MIAFW has organized a series of workshops in conjunction with Miami-Dade College, which include topics related to sustainable development, marine life care and the impact of fashion on human ecology.

In this sense, Ruiz de la Prada told Efe that the exploration of fashion responsibility is one of the things that most excites him this year’s edition of MIAFW.

Cuban Mario Ruiz said that it is important for him to develop the city of Miami, which welcomed him 28 years ago.

“I am proud to train new talents in trades that are being lost in the United States, such as the cut, the tailoring, most people send to do things to China, mine is done in Miami. Support, “he said. “Activities like these help us to be the city we should be.”

In this sense, the Venezuelan designer Ángel Sánchez indicated that his social responsibility begins once the creative and manufacturing process is finished.

“For me the most important thing is to be able to help the causes in which I believe,” he acknowledged. “Solidarity Action, an organization that assists AIDS patients in Venezuela is my priority,” he said, although he said that his organization supports many other philanthropic activities.

Sánchez, who opened a fashion and architectural design studio in the city in 2016, said that “Miami is the natural setting for presenting the world’s beach fashion.”
“I think I’ll always present my collections here,” he said.

But he said that there is still a need to convince buyers of the big fashion shops to become more interested in what happens in the so-called “capital of the sun”.

In this sense, Banderas acknowledged that MIAFW is still taking its first steps towards its goal of being a benchmark for Latin and beach fashion. “We are not where we want to be, but we are on the right track,” he said.

Also present was the Nicaraguan designer Shantall Lacayo, for whom the event should become the gateway for many Latin American designers to enter the international fashion.

“My collection called ‘The Jaguar and the Moon’ represents Nicaraguan and Central American art,” he said.

During the nights of the MIAFW, a gala presided by Banderas will be held to raise funds for the Miami Children’s Health Foundation, organized by the Lágrimas e Favores Foundation, created by the actor.

Banderas visited the facilities and talked and had fun with the children there and their relatives.