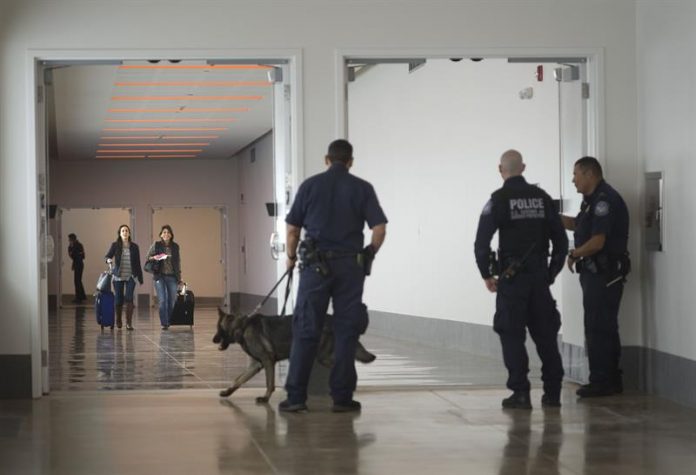 Police in Orlando (Florida) deployed a huge operation at the city’s airport after a gunman made his presence there, without any material or casualties, authorities said.
“The armed suspect is under control but is not in detention and is talking to a negotiator,” Orlando Police said.

Several reports from the authorities indicated that the suspect has threatened to injure himself and others, although the man has not attacked anyone.
Orlando Police also confirmed that there were no gunshots or injuries and that the area where the armed man is located has been isolated.

The airport in Orlando, South Florida, wrote in a tweet that the incident involving the man occurred on the A-side of the first level of the terminal next to the car rental area.

He added in another message that the area had been contained and that there was minimal impact to terminal operations.

However, the Florida Highway Patrol said on Twitter moments after all roads were closed, with “zero exceptions”, while authorities asked people to stay in their vehicles away from the authorities.

The images posted on social networks showed a strong police presence around the airport, as well as some videos – voice only – of the police talking to the suspect.

In one of the videos a policeman negotiates with the armed man and says “you will not go to jail, but to the hospital”.

The authorities have repeatedly stated that the suspect is neither under arrest nor in custody, and asked “the media please inform accordingly. There has been no arrest by the Orlando Police.”

“Orlando International Airport has just experienced its most active and successful year in the history of the airport,” said Frank Kruppenbacher, president of the Greater Orlando Aviation Authority.

“As the main economic driver of this community, generating more than $ 31 billion in direct and indirect revenues, the record of national and international traffic means jobs and opportunities for our local economy,” Kruppenbacher added.