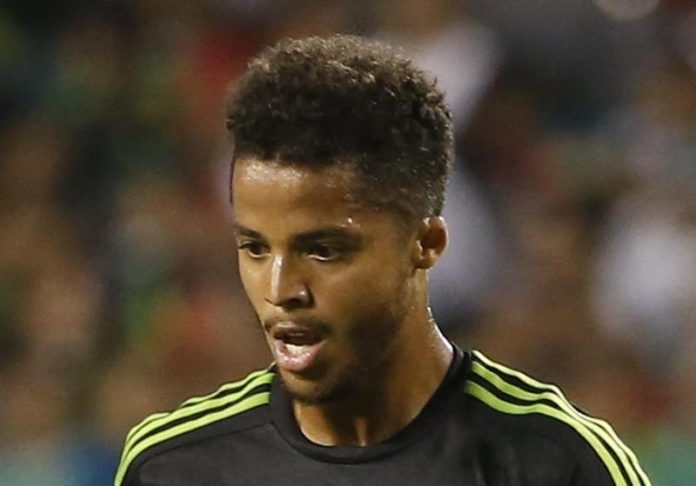 The rout of the Galaxy, in the traditional duel of Californian teams. Was the highlight in the Saturday session of the thirteenth day of the United States Professional Football League (MLS).

The Mexican international striker scored a penalty in the 35th minute and at 64 set the fourth of both Galaxy, the sixth in his personal account in the last four games played.

While the Portuguese midfielder Joao Pedro scored the second of the Galaxy and the third was a goal in own door of the Honduran defender Víctor Bernardez.

The goals of the San José team were scored by international striker Chris Wondolowski and Danny Hoesen.

The victory allowed the Galaxy to rise to sixth place in the Western Conference standings with a 17-point mark (5-2-5).

The leading role of the Latin American players was also present in other matches that were played during the day.

Ecuador striker Joao Plata scored his first goal of the season and helped Real Salt Lake win 1-0 at Philadelphia, whose four-game winning streak came to an end.
Silver scored in the 36th minute after a perfect wall with Jefferson Savarino, who was another of the featured players at Real Salt Lake.

Another goal of gold was the one that got head of the Mexican midfielder Cristian Roldán within four minutes of starting the party that the current champions of the League, the Sounders of Seattle, won 1-0 to the Timbers of Portland.

It was the first duel in the rivalry since Seattle joined its southern neighbor as the MLS champion.

Ramirez dribbled first goalkeeper Joe Bendik and then also beat the defender to score the gold goal (m.56), which was worth the win.

Kortne Ford scored the first goal of his career and international goalkeeper Tim Howard maintained his goal in the Colorado Rapids 1-0 win at Sporting Kansas City.

The duel between the Whitecaps of Vancouver and DC United ended with victory of the visitors by 0-1.

The team from the nation’s capital got it thanks to the penalty goal that 61 minutes Lamar Neagle got and helped DC United to break a streak of three consecutive defeats.