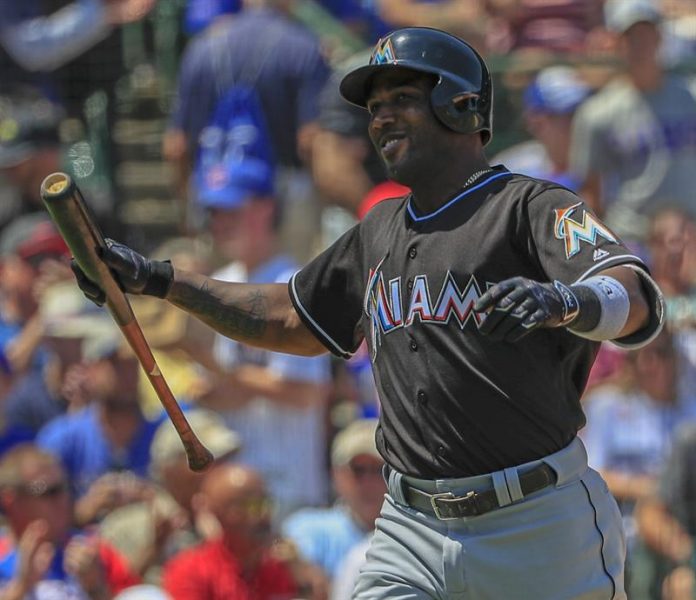 The Dominican slugger, who already has the twelfth homer, hit four corners in the ninth inning, with no runners ahead of closer Bud Norris with one out in the episode.

His home run brings him to fifth place in the National League in the home section, leaving only one of the 13 players with five sluggers.

Lindor hit the Cleveland Indians, who lost 2-5 against the Kansas City Royals.

The young Boricua player also reached the eleventh homer by throwing the ball out of the park in the first episode on pitcher Jason Vargas’s pitches, with no teammates ahead, when the Serpentine had pulled one out of the inning.

The Dominican closer Kelvin Herrera (11) credited the rescue by allowing unstoppable and struck two enemies in his work with the Royals.

Estrada (4-2) conceded four hits, one homer and one run, gave a base and struck out eight for his fourth victory.

The Mexican faced 23 enemies with 106 pitches, 74 of strike and left in 3.15 its average of effectiveness.

Dominican ranger Jose Bautista (9) homered in the fifth inning with two runners, with two outs in the inning.

Second baseman Cesar Hernandez hit one of three homers in the Philadelphia Phillies’ 4-3 win over the Cincinnati Reds.

Hernandez (5) the botó sent in the fifth episode, solitary, against the opener Bronson Arroyo, without outs in the entrance.

The win was for closer Héctor Neris (2-2) in one episode, gave a base and struck out two opponents, needing only 18 shots, 10 strikeouts, and left 3.09 to be effective.

Víctor Martínez homered and sealed the Detroit Tigers’ 4-3 victory over the Chicago White Sox in the second game of a doubleheader.

Martinez (4) hit the ninth in the ninth inning, with a 354-foot shot in the right field, with no runners on the way, against Dominican closer Juan Minaya, with no outs in the inning.

Rosario (4) did it in the fourth episode against starter Jake Odorizzi, solitary when there was an out in the episode.

First baseman Jesús Aguilar hit four corners and the Milwaukee Brewers beat the Arizona Diamondbacks 6-1, who confirmed that outside their field they lose all the power they have in the home.

Aguilar (4) sent the ball to the other side of the fence in response to opener Zack Greinke’s pitches, with no runners ahead, when the Serpentine had gotten the first out of the episode.