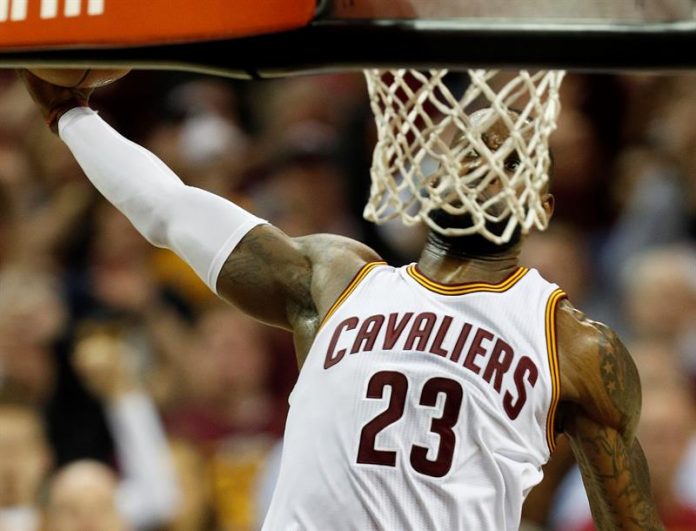 The Boston Celtics’ 1-3 loss in the Eastern Conference finals this weekend against the Cleveland Cavaliers does not prevent them from keeping up their hopes of continuing the fight in the face of the duel that awaits them tomorrow with The fifth game.

The Celtics are aware that the only thing they need to continue in the fight is victory and hence they come to the game, to be played in their TD Garden field, with the mentality that there is no tomorrow for them if they do not reach a victory .

“That’s the mentality we have, going out on our field and fighting from start to finish looking for the win we think we can get and that will keep us in the competition,” Celtics coach Brad Stevens said this afternoon. . “The team already showed in Cleveland that we can compete and that’s what we’re going to do.”

No matter the Celtics star base, Isaiah Thomas, the Celtics showed in the third and fourth games of the series that they are ready for the fight and only base scorer Kyle Irving (42 points) avoided a second defeat Of the Cavaliers.

Hence, the Cavaliers having lost the unbeaten in the playoffs, now their goal is to secure the pass for the third consecutive season to the NBA Finals, but without wanting to think about them.

In fact, the only team that comes undefeated are the Warriors (12-0) with the best record of all time, and all the concentration of the Cavaliers should be in overcoming a Celtics, which according to the coach of the current champions League, Tyronn Lue, are more difficult to defend than the Warriors.

The Cavaliers have no doubt that another tough fight awaits them in the fifth game because the Celtics refuse to die and get eliminated.

“The hardest game is always the one where you have a chance to solve the series, and Boston will make it even more complicated,” forward LeBron James, who had only 11 points in the third game and recovered in the fourth by scoring 34 So many.

James commented that the Cavs probably needed to face some adversity, after starting the final phase with a winning streak of 10-0.
The way they responded on Tuesday, particularly on the defensive, would be a good indication of Cleveland’s prospects of winning his third consecutive Eastern crown on Thursday.

The Celtics had a 47 percent success in the field and 35 with the triples in the first half of the fourth game and up 16 points.

While Irving’s points sparked Cleveland’s comeback, this was made possible by the team’s defensive work during the last 24 minutes.

The Cavaliers held the Celtics to 41 percent of the field and 29 to the triples in the second half.

“We have to play with the same defensive mentality that we showed in the first and second games. We have to do the usual, but we must defend ourselves,” said James. “We have to play well offensive plays.
We have to lose a few balls and we must try to make them fail, because some of these players usually improve as local. That way we will play the match. ”

All will be alert to Irving’s left ankle, who twisted late in the third period of the previous game, accidentally treading on Terry Rozier, without coach Lue having defined the play as “dangerous” and “unsportsmanlike.”

The same defensive action that Rozier took was in the first game of the Western Conference finals that cost the injury to forward Kawhi Leonard when he put his foot on that of the Georgian pivot Zaza Pachulia of the Warriors and suffered a sprained left ankle Which took him away from the competition in the next three games.

Irving remained on the pitch for a moment, but finished the game and was the figure that saved the Cavaliers to see tied 2-2 the series that dispute the best of seven.