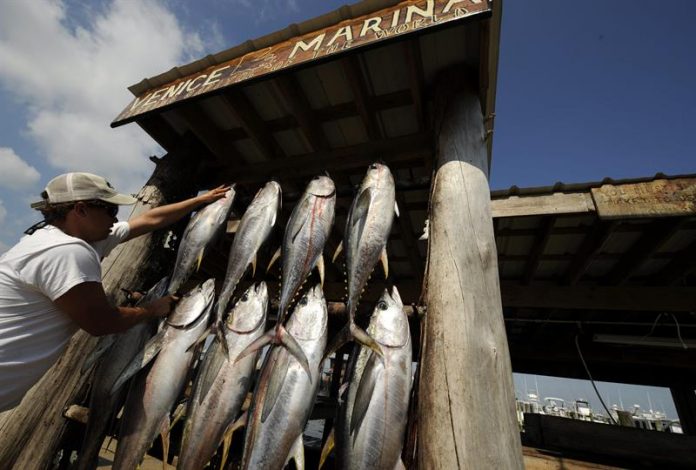 The World Trade Organization (WTO) Dispute Settlement Body (DSB) today authorized Mexico to impose trade sanctions of up to $ 163.23 million a year on goods imported from the United States in the case of the tuna labeling Imposed by Washington.

The US has nevertheless resorted to trade sanctions in Mexico, which had initially requested a total of $ 427 million from the WTO.

The authorized figure is the one that had already considered adequate the past 25 of April the arbitration ruling issued by the WTO for the economic damages suffered by Mexico by the measure, which violates the rules of the multilateral organization.

This trade dispute covers US standards for “Dolphin Safe” labeling on tuna cans and discriminates against those imported from Mexico.

Washington argues that the fishing methods used by Mexican tuna fishers have a high risk of bycatch of dolphins, which usually swim above the tuna banks, thus preventing this product from displaying the labeling, which in turn is defended By environmental organizations.

Disagreements over the tuna trade between the two countries date back to the 1980s, but it was in 2008 that Mexico first raised the case before the WTO, which issued two favorable judgments in 2012 and 2015.

In response to the first ruling, the United States modified its Mexican seafood labeling rules in 2013, but two years later the WTO decided that the change did not comply with the rules of the organization.

Washington then changed the standards again in 2016.

Today’s decision does not affect this change, since a compliance panel is still reviewing whether it ultimately conforms to the rules of the multilateral organization.

The tuna vessels have reported millionaire losses accumulated by the restrictions they suffer to access the neighboring country’s market.

The US canned tuna market is estimated to be worth about $ 700 million.

The US said today that the arbitration award issued on 25 April refers to a measure that no longer exists, having been amended and that a process is underway with respect to this second change, so that sanctions can not be applied yet Pending the decision of the compliance panel.