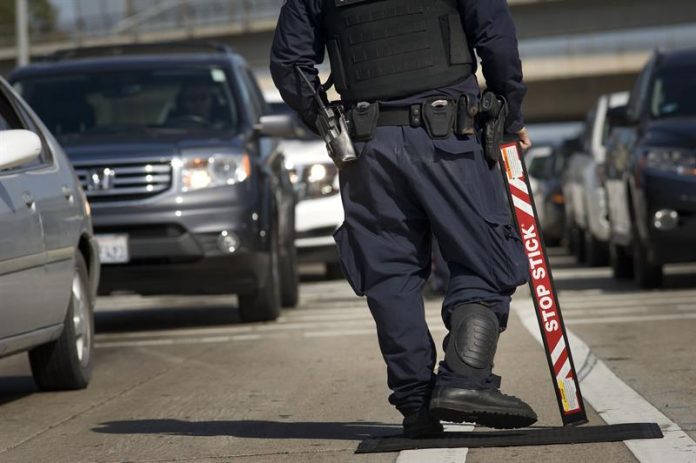 A former Customs and Border Protection (CBP) ex officio was sentenced to five years in prison today after he accepted that he allowed illegal crossings through the San Ysidro, Calif., Garrison in exchange for sexual favors and money in cash.

Jose Luis Cota, 51, was arrested in September of the year for smuggling undocumented workers along with two accomplices identified as Miriam Elizabeth Juarez Herrera and Gilberto Aguilar Martínez, both 31, according to the federal agency.

According to documents filed in court, a federal investigation indicated that between November 2015 and the day of his arrest in September 2016, the customs agent had conspired to allow the entry of “at least ten undocumented” through the line to Vehicles to which it was assigned.

“Corrupt officials such as Cota reduce public confidence in their government officials,” Cota broke that trust by succumbing to his own greed and desires, San Francisco interim prosecutor Alana Robinson said in a news release today.

“Today’s ruling should serve to dissuade others and remind those who may be involved in this conduct that we will work tirelessly to eradicate any corrupt officers,” the prosecutor said.

As for his accomplices, Aguilar Martínez received today a sentence of three years in prison for traffic of undocumented for financial gain and it is known, that will be deported once it fulfills its sentence.

Juarez Herrera will hear his sentence on June 19. According to court documents, the woman was in charge of recruiting undocumented people in Mexico, who were charged “the highest share” by illegal crossing, while the exaggerant received bribes in the form of sexual favors and cash.

Federal Judge Jeffrey T. Miller said today in ruling that these crimes affect officials who do their jobs honestly.
“This feeds the popular narrative that there is corruption at some levels of government. When this happens, it affects us all,” he said.

In addition to the time in prison, the exaggerant Jose Luis Cota must surrender more than 63 thousand dollars that he received as part of this illegal activity.

Cota is due to be in prison in mid-June, while Aguilar Martínez and Juarez Herrera remain in custody, authorities said.

Pete Flores, CBP’s director of land operations in San Diego, emphasized that this type of behavior will not be tolerated in the ranks of this federal agency.

“CBP officers are highly qualified professionals and workers dedicated to our mission to protect the American people and we will not support those who affect our organization and tarnish our badge.”