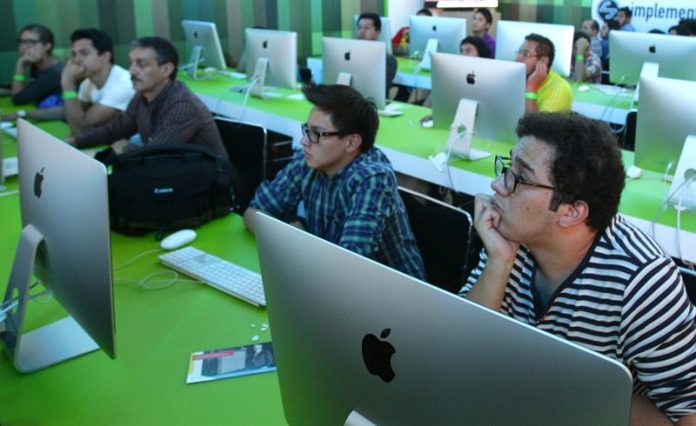 Being or not being a tech junkie can lead to a common problem: techno-stress.

The term refers to a “disease of adaptation, the negative impact of the use of technologies on a person,” said in an interview with Efe Juana Patlán, professor of the Faculty of Psychology of the National Autonomous University of Mexico (UNAM) .

This disorder occurs in all people who are in contact with information and communication technologies (ICT) because of their work or daily activities.

“In reality, the use of ICT by itself does not generate techno-stress. There are many factors that intervene, because there are people who do not have the skills to handle them, they do not have good training and that influences their personality, self-esteem and self-efficacy”, explained specialist.

According to the United Nations Development Program, about 52% of Internet users on the planet suffer from some form of addictive behavior related to the use of technological devices or habits of use of the Internet and social networks.

In Mexico, the Mexican Psychoanalytic Association (APM) estimates that 2% of the population between 11 and 18 years old is addicted to technology.

“It is a relatively low figure compared to other countries like the United States where the proportion can reach 40%, or Taiwan where 80% of young people have this addiction, but it is still a percentage that should worry, as it does Barely two years was 0.5%, “said Delia Hinojosa, president of the APM.

According to data published in May 2016 in the Survey of Habits of Internet Users in Mexico conducted by the Mexican Internet Association (AMIPCI), 65 million Mexicans have access to the Internet, representing almost 59% of the total population .

47% of them agreed that the use of technology had significantly changed their habits and lifestyles.

On average, the technology user in Mexico connects to the Internet 7 hours and 15 minutes a day, mainly to use social networks.

Thus, the effects that the techno-stress can generate in a person are “anxiety, headaches, muscle, irritability,” says Patlán.

The university professor explains that the people who use the technologies can be classified into five groups: those that use them only what is necessary, those that accept and adapt them to the needs, those that really enjoy working with them, those that have created a dependency With ICTs and those that resist and totally reject them.

“These last three groups are the most affected by the technoestrés”, admitted the specialist.

Similarly, Patlán says that the current pace of work has boosted techno-stress, “the workload, the pressure of time, the control that is had through ICTs detonate this situation.”

Before all this, the specialist considered necessary to work the abilities of organization and administration of the time.

“Self-control is also important for a person to know their skills in the management of ICT and use them appropriately without generating resistance or addictions,” he said.

In the meantime, companies must adequately train their employees in the management of these technologies and take advantage of the abilities of each one in the use of them; In addition, routine work should be avoided and team activities should be encouraged to avoid isolation of workers, he concluded.