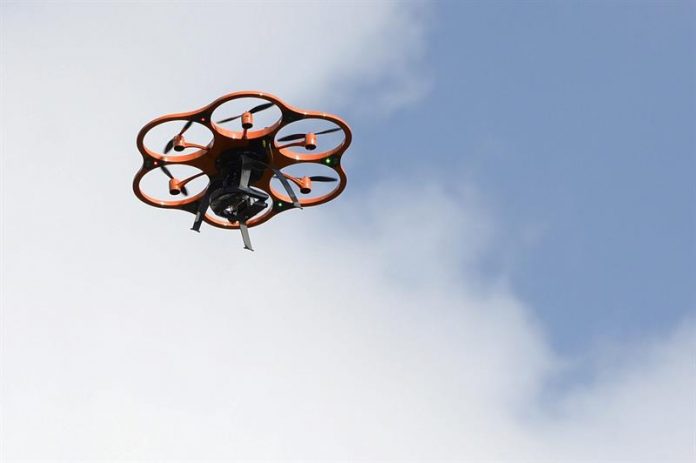 The purchase of drones in common use by the civil protection services of the country, such as local police or firefighters, has taken off in recent times to the point that in 2016 alone the number of acquisitions matched that of the last seven years.

“Public safety drones,” a research published this month by the Center for the Study of the Dron of Bard University in New York and signed by Dan Gettinger, its director, who explained to Efe that this may indicate where it will go The drones industry in the future.

Purchasing data “underscore the extent to which drones have surpassed the consumer to high-end and specialized” that are usually promoted among public agencies, notes the document.

For Gettinger, this is a trend that is “taking off”: in 2016, 167 civil protection departments in the United States acquired one of these aerial devices, double that in 2015 (82) and more than in previous years. “Drones are becoming more frequent,” he said.

In total, 347 police, sheriff, fire and emergency services in the country have purchased non-professional drones and the fact that most of them belong to small jurisdictions, with 50,000 inhabitants or less, is revealing.

Rural departments may be using more drones than urban drones, the researcher said, because of a “funding issue,” since they often have no budget for professional devices and often depend on donations.

In addition, drones in common use are more easily recognizable and do not require a long process of learning, as is the case of the Phantom model, the Chinese DJI manufacturer, which is most prevalent among agencies.

The study spans from 2009 to early 2017, although the first purchases of this technology go back to 2006, when the Los Angeles County sheriff’s department tested the SkySeer, a 2-kilogram dron that could reach a Speed ​​of 46 kilometers per hour.

In comparison, the Phantom, present today in 159 offices in the US, can weigh around 1.3 kilos and reach up to 72 kilometers per hour, depending on the model, in addition to being controllable from a mobile device, among other things.

Thanks to the innovation provided by these drones, which are equipped with cameras or sensors, civil protection services make it easier to locate people, assess damages in events such as a fire or reconstruct scenes of a crime.

In New York, for example, the local fire brigade (FDNY) first used a dron last month to assist its force in extinguishing a fire in a six-story building, which allowed them to make an aerial recording Live with infrared rays and thus reduce risks to the equipment.

However, the dron used by the FDNY – a Livesky of the Hoverfly brand – had a cable anchor to the electric current on the ground, a characteristic that represents the restrictions that some departments, especially in large cities, face.

In this sense, the director of the research center said that civil protection in localities in rural areas may also be leading the purchase of drones because there are “fewer impediments” to it than in urban areas.

Until 2016, the Federal Aviation Administration (FAA) required public safety agencies using drones to have a certificate of authorization that required the aircraft operator to be a licensed pilot.

Since then, civil protection personnel may either request this certificate or obtain a specific drone license (Part 107), apart from officially registering the device and reporting the use they will give.

While its popularization is helping to improve public safety services, the document reflects the “concern” that one day this technology may be armed.

Gettinger did not rule out some departments arming their drones with technologies like “Taser” in the future because of specific situations, but agreed that “one must be reasonable” and recalled that most common devices “are not armed with more than one camera “.

“What we are seeing is only the beginning, the first steps in the use of drones in civil protection, how technology will progress … That is what we will see in the next few years,” he concluded.