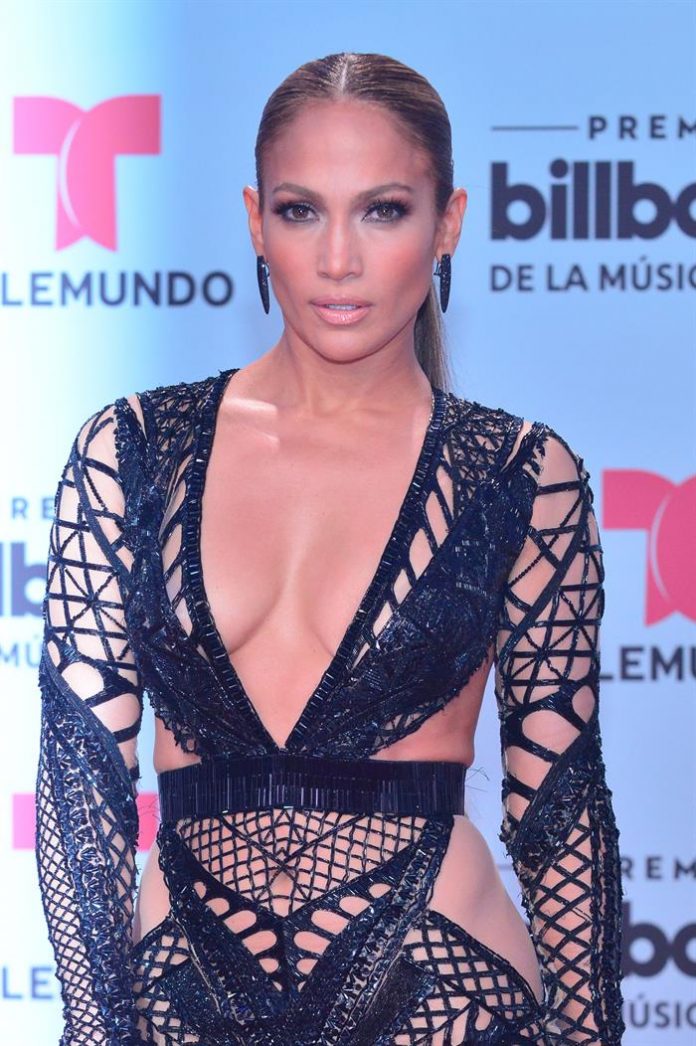 Latin music stars such as Jennifer Lopez, Luis Fonsi and J. Blavin shone brightly today on the red carpet of the Miami Billboard’s eighth edition of the Billboard Latin Music, which was marked by long and low-cut dresses Golden tones for women and pastel colors for men.

The red carpet awards, which are presented at the Watsco Center at the University of Miami in Coral Gables (Florida, USA), became a fashion catwalk for Latin celebrities, where Jennifer Lopez, One of the last to arrive, reigned and monopolized the flashes of the cameras and the eyes of the followers in their sheer black dress with innumerable transparencies and bright.

The Puerto Rican artist from New York left the audience at their doorstep, and no less stirring among the women present the Latin star of the moment, the Puerto Rican Luis Fonsi, who will sing at the Latin Billboard gala for the first time in Direct his total success “Despacito” next to Daddy Yankee.

Fonsi told Efe that the important thing of tonight is to “stand and sing” the song with all the “spirit of old San Juan (Puerto Rico) in Miami”, dressed in a black suit and white shirt, in a gala style.

The Puerto Rican singer said that the moments he is living are due to “magic” and he said he was “happy” for what happened to “Despacito”, a song that Justin Bieber versioned on his initiative and is at number 9 of ” Hot 100 “from Billboard.

“He came to us, he liked the song and he wanted to join the movement,” said Fonsi, who, although no awards are expected tonight, is ready to be nominated next year.

“I’m winning now, when the time comes for me to be nominated, if I’m nominated well and if I win better,” he said humbly.

The Colombian artist J. Balvin happened in a fleeting way with his multicolored hair and a dark suit that had nothing to do with the color of the other masculine costumes of the night characterized by blue tones and pastel pink like the one worn by his compatriots Singer Silvestre Dangond and actor Mauricio Henao.

Actresses Eva Longoria, in an elegant white open suit, and Colombian Ximena Duque, with a thin dress cut low with gold and pink touches, were two of the most acclaimed red carpet stars of these Latin awards.

Duke appeared on the Billboard carpet accompanied and caught by the hand of his fiancee Jay Adkins, “excited” although a bit busy with the preparation of his wedding, “which is something more complicated” than I thought, he said.

On the other hand, spring in Miami was noticed on the red carpet where they gleamed dozens of necklines, a tonic among the girls like the Dominican Natti Natasha, who opted for a silver and adjusted dress.

Marking Mexican style with their classic charros dresses, hats included, Ulíces Cháidez and his Plebes passed by the carpet happy for their first nomination for Best Debutante Artist, “excited” to be able to win the category and “grateful” for walking on red carpets ” For the first time “in his life, according to Efe the singer himself.

Another nominee for Best Debut, the Puerto Rican Ozuna, said that it is a “big night” for Latin music and no matter what happens “everyone is a winner”.

The political slogan of the night left the Venezuelan Boris Izaguirre, who declared himself with the “divided heart” by his country, supported “the demonstrators in the streets” and assured that the “bureaucracy” prevents outside help.