Jennifer Lopez and Alex Rodriguez had a white-hot Thursday night, as the new couple stepped out for a dinner date in Miami.

The duo were spotted leaving South Beach restaurant Casa Tua together, where they spent over three hours enjoying their meal. The couple left with two others.

The Shade of Blue actress, 47, wore a long-sleeve ripped knit Naked Wardrobe mini-dress with a sexy snap slit. She accessorized the look with gold hoop earrings and matching stilettos.

Rodriguez, 41, matched his new girlfriend in a pair of white jeans – with a navy button down and matching sweater.

“Jennifer loves Miami. She is having a great time with her kids and A-Rod – she’s very giggly when she talks about him. It actually seems like they’re getting more serious by the minute,” a Lopez source tells PEOPLE. “Jennifer thinks the world of A-Rod. She is very impressed and gushes about what a gentleman he is. She’s trying to take things slowly, but she is very excited.” 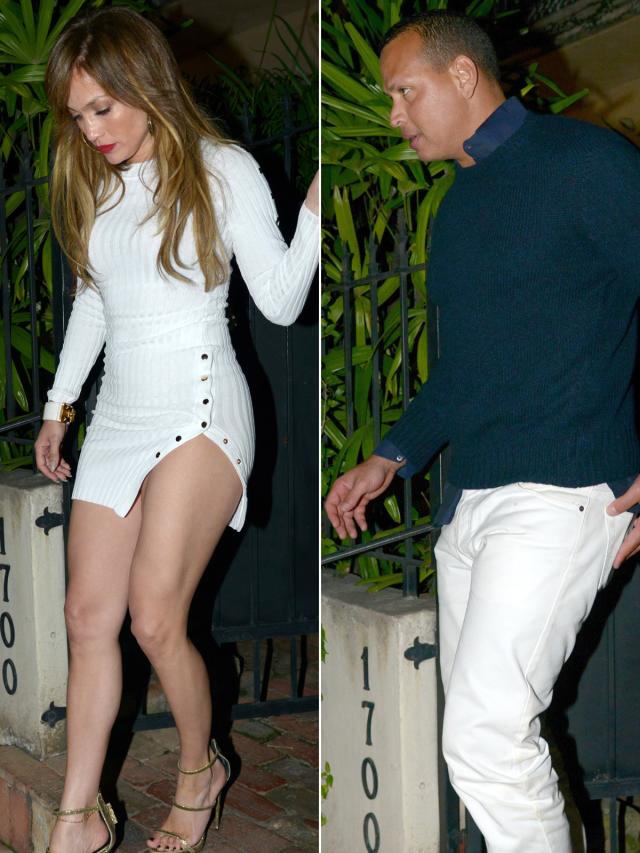 A source confirmed to PEOPLE earlier this month that Lopez and Rodriguez “have been dating for a few weeks.”

According to an industry insider, the pair “have known each other for years, but the timing wasn’t right” for the couple – who were first photographed more than a decade ago at a Yankees game when they were both married to other people (she to Marc Anthony and he to Cynthia Scurtis).

Added the insider: “Things are different now” – with the couple bonding over their strong work ethic and kids. Lopez has 9-year-old twins, Max and Emme, while Rodriguez is a dad to two daughters, Natasha, 12, and Ella, 8.

“He loves family and so does she,” a source who knows both stars later told PEOPLE, “For Jennifer, family comes first.” 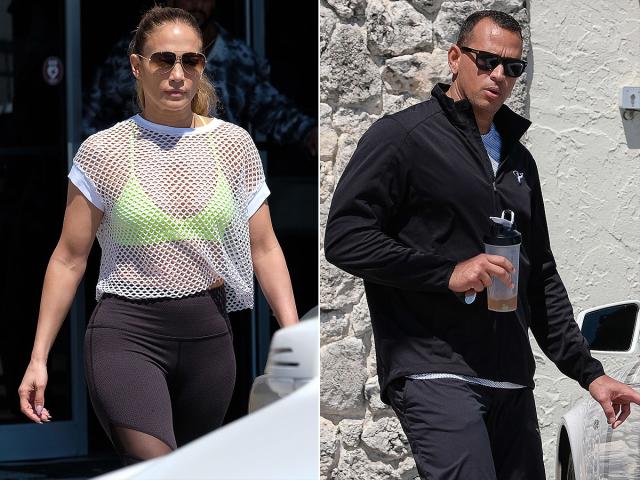 J-Rod, as fans have named them, have been spending some time in Florida after a recent Bahamas getaway.

On Wednesday, the pair were spotted working out together at a private gym in Miami – Lopez wearing the same neon yellow scoop neck sports bra she wore during her exercise session in the Bahamas.

“A-Rod takes his workouts very seriously and is at the gym every day as usual. J.Lo keeps joining him and they work out together with a trainer,” an onlooker tells PEOPLE. “She seems game for his grueling workouts and leaves the gym smiling.”

A source previously told PEOPLE. “He is adamant that his woman be fit and work hard at it, and this is not even an issue with Lopez, who is beyond gorgeous and works to stay that way.”