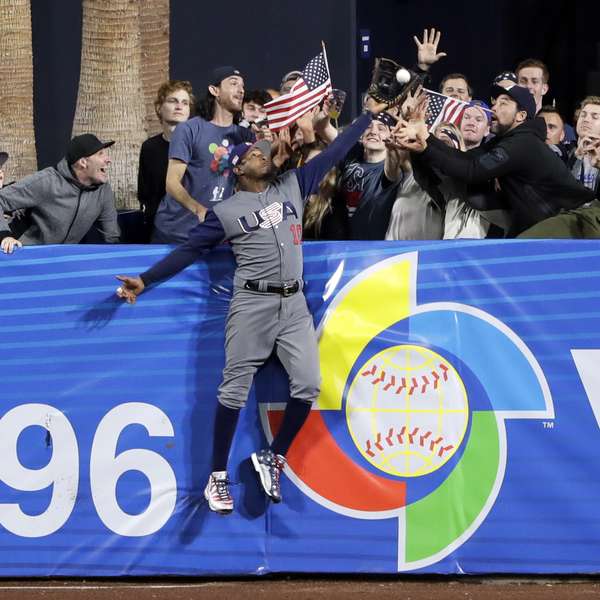 Baseball’s version of March Madness is down to the final four, and if the best is somehow yet to come then this World Baseball Classic may just trump any sporting event we see all year.

Behind an absolutely incredible catch by Adam Jones and a rocket home run from Giancarlo Stanton, Team USA clinched the final spot in the WBC semifinals with a 6-3 win against the defending champions from the Dominican Republic. Next up, it’s on to Dodger Stadium, where Team USA will join Japan, Puerto Rico and the Netherlands in the championship round.

The intensity at Petco Park managed to surpass that from last Saturday’s classic at Marlins Park in Miami. It helped that Team USA had considerably more fans in attendance. It was a vocal group, too, which gave the game a feel that would be unique even to the postseason. You know the Dominican Republic fans represented too, which split the crowd evenly and created a very fun atmosphere.

Two moments created the loudest noise and made the biggest impact. The most important came in the seventh inning, when Team USA center fielder Adam Jones went high above the center field wall to take a home run away from his Orioles teammate Manny Machado.

Team USA was holding a 4-2 lead at the time, and Robinson Cano would follow with his own home run that would have completely changed the game. As it was, Jones’ catch helped Team USA hold its edge.

As pitcher Tyler Clippard would agree, it didn’t get any bigger than that.