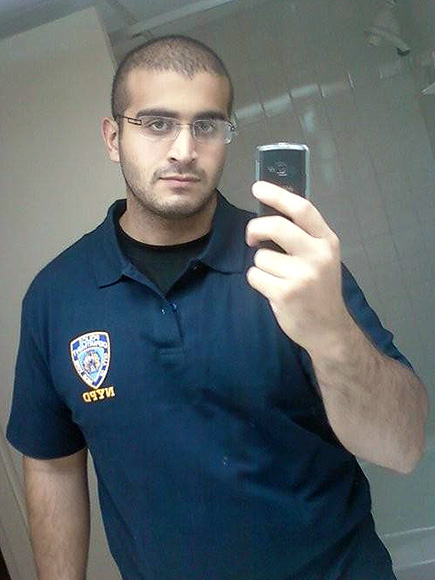 OAKLAND, Calif. (Reuters) – The widow of the gunman behind the deadliest mass shooting in modern U.S. history knew he was planning an attack and concocted a cover story for him, federal prosecutors said in a California court on Wednesday.

Prosecutors revealed new details about their case against Noor Salman, 30, as they argued she should remain jailed on charges stemming from the June 2016 shooting at a gay nightclub in Orlando, Florida.

Salman was arrested earlier this month in the San Francisco Bay Area on federal charges of obstructing justice and aiding her late husband, Omar Mateen, in his attempt to provide material support to a terrorist organization.

She admitted knowing Mateen left their house with a firearm and a backpack full of ammunition before the Pulse nightclub shooting, Assistant U.S. Attorney Sara Sweeney told a federal judge in Oakland.

Sweeney also said Salman devised a cover story, directing Mateen to tell his parents, if asked, that he was at dinner with a friend.

“Noor aided and abetted her husband and repeatedly lied to the government,” Sweeney said, calling her a “very calculating and callous person” who should be detained until her trial in Florida.

“Salman knew her husband was leaving to commit an attack and her actions contributed to the deaths of 49 people,” she added.

Sweeney also alleged Salman accompanied Mateen on “casing” trips to two other locations, including Downtown Disney in Orlando, in the days before the shooting.

The prosecutor said Mateen asked Salman whether she thought people would be more upset by an attack on Downtown Disney or a club. Sweeney did not say whether Salman answered or specify her role in those trips.

“She’s alive and Omar Mateen is dead. So she’s the only person they can charge,” said Swift, describing Salman as a battered spouse who had learning disabilities in high school.

Salman’s attorneys want her released to her family, saying she poses no threat to the public and requires mental health services not available in jail. They said she was asleep at home with the couple’s 3-year-old son during the attack.