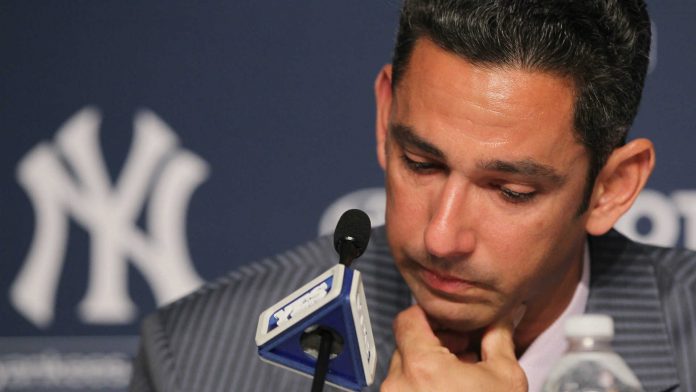 The first member of the Core Four eligible for the Hall of Fame might be the only member who never gets the call. New York Yankees catcher Jorge Posada received just 3.8 percent of the vote Wednesday, falling off the Hall of Fame ballot after just one year.

The fact that Posada was not inducted into Cooperstown shouldn’t come as a major surprise. The bigger shock is that Posada failed to receive the five percent of the vote necessary to remain on the ballot in his first year of eligibility. While few would passionately argue Posada was worthy of enshrinement, he had an excellent career that was boosted by many external factors the voters seem to love.

Statistically, Posada doesn’t hit any of the benchmarks usually associated with induction. Over 17 years in the majors, he slashed .273/.374/.474, with 275 home runs. He made five All-Star teams, won five Silver Sluggers and finished in the top-10 in MVP voting twice.

While that doesn’t scream Hall of Famer, that’s a pretty strong showing, particularly at catcher. In fact, Posada’s case becomes even stronger when you consider his position. Posada’s 42.7 career bWAR ranks 16th all-time at catcher. Ten players ahead of Posada on that list have been inducted into the Hall of Fame. Ivan Rodriguez became the latest of that group after receiving 76 percent of the vote Wednesday.

One of the other players on the list is Joe Mauer of the Minnesota Twins. Mauer was well on his way to induction early in his career, but has tailed off the past couple seasons. He will make for an interesting case once he becomes eligible for the Hall. Another is Thurman Munson, who was on the Hall of Fame path before tragically dying in a plane crash in 1979.

A closer look at that list reveals that there are six catchers who have a lower bWAR than Posada already in the Hall of Fame. Had Posada received the call, he would have been far from the worst player at the position to be inducted.

Both of those figures are close, though, and Posada’s case gets even stronger when you consider his non-statistical impact on the game.

As a member of the Core Four, Posada was considered a crucial figure during the Yankees’ tremendous run of success in the 90s and 2000s. He won five World Series rings with the club, and played in the postseason an astounding 15 times during his 17-year career. While he was never considered a strong defensive player, Posada oversaw some excellent pitching staffs. He managed all of this while playing for baseball’s most popular team in baseball’s most insane media market.

Trying to place a value on those types of contributions can be dangerous. They are called intangibles for a reason. Still, some voters will lean on those types of things when considering fringe or borderline Hall of Fame candidates.

While narrative suggested Posada could wind up being one of those players, that wasn’t the case. The deficiencies in his on-field numbers were just too significant, even after giving him extra credit for his intangibles.

Jorge Posada was not a Hall of Famer. That’s true now, and it would have been true even if he managed to retain his eligibility. Even though staying on the ballot would have ultimately led to the same result, Posada’s career deserved better than one-and-done.