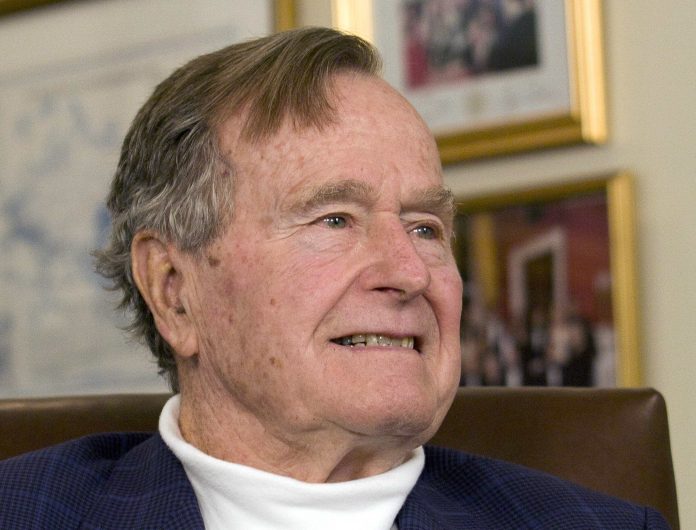 By David Ingram and Brendan O’Brien |

(Reuters) – Former U.S. President George H.W. Bush has been moved to an intensive-care unit at a Houston hospital with pneumonia and was stable and resting comfortably after doctors performed a procedure to clear his airway, his office said on Wednesday.

His wife of 72 years, former first lady Barbara Bush, also was admitted to the same hospital on Wednesday as a precaution after experiencing fatigue and coughing, the office said in a statement.

Bush, who at 92 is the nation’s oldest living ex-president, has been at Houston Methodist Hospital since Saturday after experiencing shortness of breath, family spokesman Jim McGrath said on Wednesday.

Since then, Bush experienced an “acute respiratory problem stemming from pneumonia” and was sedated for the unspecified procedure, his office said.

He will remain in the hospital’s intensive-care unit for observation, his office said.

Bush and the 91-year-old former first lady marked their 72nd anniversary on Jan. 6.

At a White House news conference, President Barack Obama said that the Bushes have been a constant source of friendship and good counsel to him and to first lady Michelle Obama.

“They are as fine a couple as we know, and so we want to send our prayers and our love to them,” Obama said.

The eldest Bush, a Republican like his sons, was vice president during Ronald Reagan’s two White House terms before being elected president in 1988. He lost his re-election bid to Bill Clinton, then the Democratic governor of Arkansas, in 1992.