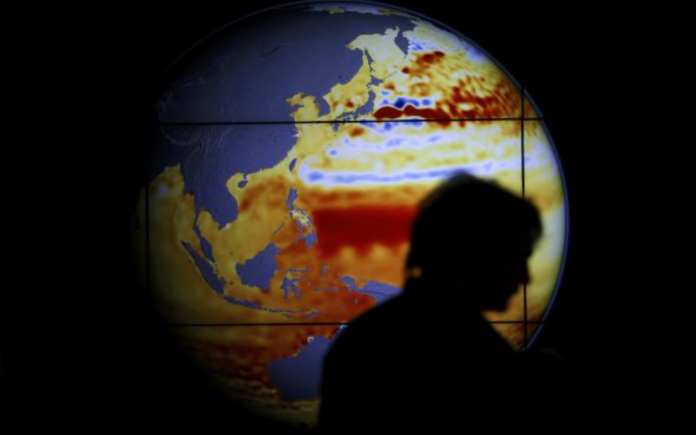 The results of the presidential election left anti-fossil-fuel activists reeling. They’re sounding the global warming alarm louder than ever, and airing their grievances in a climate change support group.

But rather than checking their premises, climate alarmists are promising more activism in a quest to deny Americans a prosperous energy future.

The “keep-it-in-the-ground” movement has victimized the forgotten men and women of last November’s election for too long. The misguided green war on energy diverts time, dollars, and passion from pressing national problems. Private foundations that liberally support climate causes with millions of dollars should be challenged to serve the less fortunate, not anti-energy agendas that actually increase poverty worldwide.

These unhinged prognostications have one overarching purpose: to persuade policymakers that the government must force the rest of us to replace natural gas and oil with more expensive, less reliable renewable energies.

At the recent COP22 United Nations climate conference in Morocco, organizations like Greenpeace demanded an end to the use of all fossil fuels. Bill McKibben’s 350.org insisted that we must “Freeze New Fossil Fuel Development.

Meanwhile, protesters are getting rewarded for violating the rule of law at the Dakota Access Pipeline’s construction site. The project, which will transport nearly half a million barrels of crude oil daily, overwhelmingly met all legal obligations. But after months of unruly protests, the Army Corps of Engineers halted construction to look into alternative routes.

Green activists’ overblown rhetoric is denying Americans the economic benefits of the energy revolution. The United States is now the fossil-fuel center of the world. Our country produces more combined oil and gas than any other nation. And new finds from Texas to Alaska are adding to the hydrocarbon bounty.

Our industry currently employs upwards of two million people and will likely support over 3.5 million jobs by the end of the next decade — many of them high-paying opportunities for those without a college degree.

The fossil fuel industry helped keep the economy going after the 2008 financial crisis and Great Recession. The oil and gas sector added more than $237 billion to U.S. GDP in 2012 and is expected to contribute more than $475 billion by 2035.

According to a study by the Center for Global Development, while $500 invested in renewable energy lifts one person from poverty, the same investment in fossil fuels helps four people out of destitution.

Luckily, fossil fuels will remain dominant at home and abroad in the coming decades, according to forecasts from the U.S. Energy Information Administration.

The intellectual case is strong for fossil fuels and weak for government-forced energy transformation. The climate activists’ dream of an energy future without the mainstay of fossil fuels is the real doomsday scenario, one that voters in 2016 set out to avert.

Robert Bradley Jr. is the founder and CEO of the Institute for Energy Research.