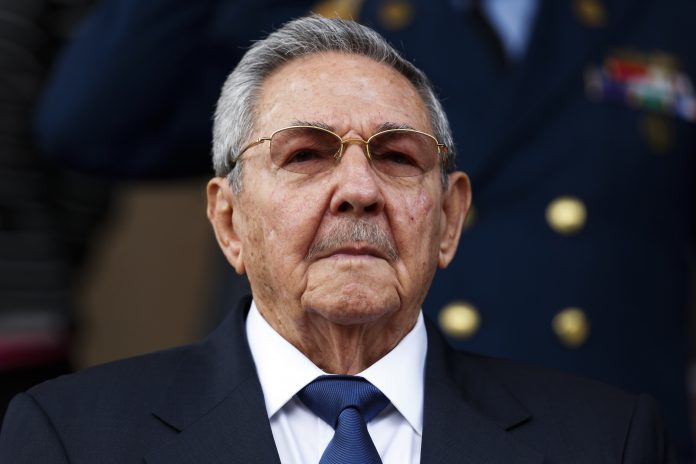 Alex Romero was delighted when President Barack Obama came to Havana in March bearing the promise of a bright new future.

Like so many other Cubans, the 42-year-old state photography shop employee thrilled at the president’s vision of restored ties between the U.S. and Cuba. Families would reunite. A flood of American business would lift the stagnant centrally planned economy, fueling its slow path toward reform. Even as Obama spoke, an 80 percent surge in U.S. visitors was drenching state-run and private businesses with hundreds of millions of desperately needed dollars.

President Raul Castro faces what could be his toughest year since he took power in 2006. 2017 brings a possible economic recession and a U.S. president-elect who has promised to undo Obama’s normalization unless the Cuban government makes new concessions on civil rights. Resistance to pressure from Washington is a founding principle for the Cuban communist system, making domestic concessions in exchange for continued detente a virtual impossibility.

“People expected that after Obama came there would be changes in the relationship between the U.S. and Cuba but that we could keep the best of what we have, the benefits for the people,” Romero said. “Trump’s not going to be able to get what he wants, another type of Cuba. If the world’s number one power takes us on, 2017 is going to be really bad for us.”

Castro must manage these twin economic and diplomatic challenges during a year of transition. The 85-year-old general has promised to hand over the office in early 2018 to a successor, widely expected to be Miguel Diaz-Canel, a 56-year-old official with neither the Castro name nor revolutionary credentials. The change will occur without Castro’s older brother Fidel, the revolutionary leader whose largely unseen presence endowed the system he created with historical weight and credibility in the eyes of many Cubans before he died last month at 90.

“Even if those two events hadn’t taken place — Trump’s victory and Fidel’s death — 2017 was going to be a very difficult year for Cuba,” said Cuban economist Omar Everleny Perez, a visiting professor at Keio University in Tokyo.

Cuba publishes few credible economic statistics, but experts expect the country to end this year with gross domestic product growth of 1 percent or less. It maintained a rate close to 3 percent from 2011-2015.

One bright spot is tourism, booming since Obama and Castro’s Dec. 17, 2014, detente announcement set off a surge in overall visitor numbers, up more than 15 percent in 2015 and again this year.

“I’ve never seen as many tourists as I have this year,” said Magalys Pupo, a street-corner pastry vendor in Old Havana. “They’re everywhere and they’re the income that we need in this country.”

The slowness of macroeconomic growth despite a surge of interest in foreign investment and the greatest tourism boom in decades attests to both long-term mismanagement of the Cuban economy and the depth of the crisis in other sectors, particularly aid from Venezuelan in the form of deeply subsidized oil.

Analysts believe that as Venezuela’s Cuba-inspired socialist economy has disintegrated, exports to Cuba has dropped from 115,000 barrels daily in 2008 to 90,000 in recent years to 40,000 a day over the last few months.

Venezuela was the prime destination alongside Brazil for Cuban doctors and other professionals whose salaries go directly to the Cuban government, providing another vital source of hard currency believed to be slackening in recent years. Nickel, another of Cuba’s main exports, has seen a sharp price drop this year.

The revenue drop may be creating a vicious cycle for Cuba’s state-run industries. Experts say cutbacks in imported industrial inputs this year will lead to lower productivity in Cuba’s few domestic industries in 2017 and make zero growth or recession highly likely.

“Raul Castro’s government has a year left and it should be planning what needs to be done,” said Pavel Vidal, a Cuban economist at the Universidad Javeriana in Cali, Colombia. “Above all, it will be managing a crisis.”

The government cut back summer working hours and gas rations for state-owned vehicles and has so far avoided any sustained power outages. But a crackdown on black-market gasoline sales to taxi drivers led them to increase prices, causing drivers to raise their prices, squeezing many Cubans already struggling to get by on state salaries of about $30 a month. Many Cubans say, however, that worsening conditions could drive them to rally around the government rather than against it.

One cushion will be remittances from Cuban expatriates in the United States and other countries, estimated by some experts to be in excess of $3 billion a year and rising as Cubans flood to the United States in fear that they may soon lose special immigration privileges.

While rising food prices are a constant problem for ordinary Cubans, many of those investing in food production are finding success.

Fernando Funes, owner of a farm that supplies vegetables to about 30 private restaurants in Havana, most with tourist clienteles, has nearly doubled his workforce from 12 to 20 in recent years, all earning about $25 a week. Five have begun cultivating their own plots of land alongside to produce food for sale to similar clients.

“We have a lot more opportunities to start projects these days,” Funes said. “Personally I’m optimistic about 2017.”