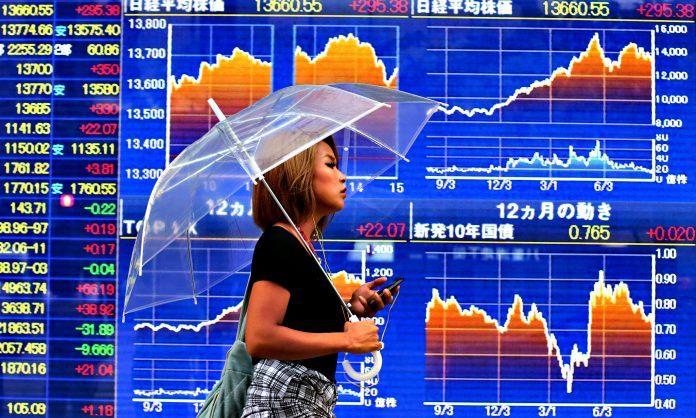 Exchange-traded funds tied to volatility in commodity prices were among the market’s most popular, with the leveraged VelocityShares 3x Long Crude Oil ETN (NYSEMKT:UWTI) benefiting from an uptick in oil prices to rise 6% and the Direxion Daily Gold Miners Bull 3x ETF (NYSEMKT:NUGT) riding a gold price rebound to a 5% daily gain.

As for individual stocks, Synergy Pharmaceuticals (NASDAQ:SGYP) and Weight Watchers (NYSE:WTW) each trounced the S&P 500 heading into the three-day weekend.

Biotech Synergy Pharmaceuticals, which specializes in gastrointestinal therapies, soared 22% after it announced positive clinical test results. Its plecanatide treatment for irritable bowel syndrome with constipation (IBS-C) met its target symptom improvements at both dosage levels in a robust study of over 1,000 patients suffering from the affliction. This was the third of three planned phase 3 trials testing the drug.

“We are understandably very pleased with these results,” CEO Gary Jacob said in a press release. “The successful phase 3 trials are a major step in our mission to better serve patients, as we believe plecanatide has the potential to be an important treatment option for the millions of people suffering from IBS-C.”

The FDA is expected to decide on the drug’s suitability for sale in the U.S. market on Jan. 29. Assuming plecanatide wins approval on that date, which seems likely give that all three phase 3 trials showed positive results, Synergy can then file a supplemental drug approval application. At that point the treatment’s path to commercial availability will be clear, and plecanatide can begin facing off against competitive drugs aimed at the roughly 4% of the U.S. adult population that suffer from IBS-C.

Weight Watchers shares spiked 9% to bring their five-day return to 18% (the stock remains 50% lower in 2016). Yet the stock continued to find excess buying demand following Thursday’s news that Oprah, who took an ownership stake in the company in 2015 and has lent her star power to its cause, had lost over 40 pounds using its products. “Take the leap,” the celebrity encourages potential clients in a new commercial.

Weight Watchers’ latest quarterly earnings results reflect its struggles to generate an enduring, profitable business from its weight-loss approach as the market undergoes dramatic changes. Despite a large increase in subscribers, many of whom interact entirely through online channels, revenue is down 1% over the last nine months. On the bright side, profits are tracking higher, although they remain far below the company’s peak earnings year of 2011. 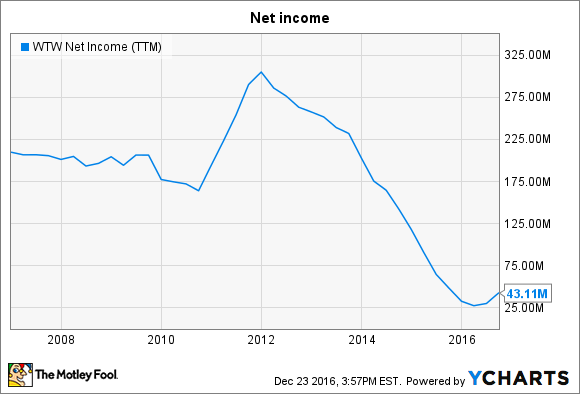 The stock has enjoyed a few Oprah-fueled jumps that have ultimately faded, and so shareholders shouldn’t view this week’s pop as an all-clear sign. Weight Watchers faces important challenges ahead, including finding a new chief executive to steer the company through its rebound initiatives. It has a powerful advocate on its side in Oprah, but until Weight Watchers can show a path back to sustained growth, the stock isn’t likely to claw back much of the 80% it has lost over the last five years.

Trump’s potential $1.6 trillion investment
We aren’t politicos here at The Motley Fool. But we know a great investing opportunity when we see one.

Our analysts spotted what could be a $1.6 trillion opportunity lurking in Donald Trump’s infrastructure plans. And given this team’s superb track record (more than doubling the market over the past decade*), you don’t want to miss what they found.

They’ve picked 11 stocks poised to profit from Trump’s first 100 days as president. History has shown that getting in early on a good idea can often pay big bucks – so don’t miss out on this moment.