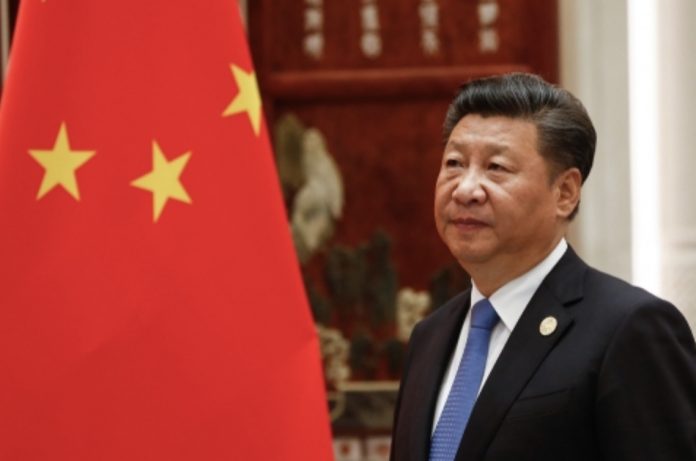 Chinese President Xi Jinping was poised on Sunday to secure a third term in power, cementing his position as the country’s most influential leader since founder Mao Zedong.

Xi must be reintroduced as general secretary of the ruling Communist Party, tipping the country back to one-man rule after decades of power-sharing among the elite.

His appointment will put an end to the Communist Party congress, held in Beijing over the last week, which will also have to approve a profound rearrangement in power with the resignation of several high-ranking officials.

But in an unexpected move at the Great Hall of the People, former ruler Hu Jintao was removed from the closing ceremony on Saturday.

The 79-year-old former leader seemed reluctant to leave his front-row seat where he sat next to Xi.

Media reports on Saturday night that Hu insisted on attending the session despite not being in good health.

“Not feeling well during the session, his staff, for his health, accompanied him to a room adjacent to the meeting to rest. He is now much better informed, ”the official Xinhua news agency tweeted.

Delegates also elected a new Central Committee of potentially 200 top officials, who will meet on Sunday to elect the Standing Committee, the apex of Chinese political power that will be led by Xi.

The Standing Committee is to be introduced to foreign and local media at a press conference around noon (04:00 GMT) at the Great Hall of the People in Beijing.

The list of new positions of the Central Committee will reveal hours before that four of the seven members of the Standing Committee will be replaced, which will allow Xi to place his relatives.

“Any way you look at it, it’s almost a total victory for Xi,” said Willy Lam, a political analyst at the Chinese University of Hong Kong.

The move will allow Xi to safely enter his third presidential term, which is due to be formally announced during the annual legislative sessions in March.

The announcement may end a triumphant week in which the Chinese high command extolled his management at the head of the country for the last five years.

In his opening speech at the 20th Congress last Sunday, Xi highlighted the party’s achievements while citing internal problems such as the stagnant economy and the damage caused by its rigid zero-Covid policy.

In the message heavy on ideological rhetoric and light on politics, Xi urged potential members to do harm in the face of numerous challenges, such as a hardening geopolitical climate.

Analysts were on the lookout for the party charter to be amended to enshrine “Xi Jinping Thought” as the guiding philosophy, something that would have Xi on a par with Mao.

That did not happen, although the resolution did call the creed “the Marxism of contemporary China and the 21st century,” adding that it “embodies the best culture and ethics of this age.”

In 2018, Xi abolished the limit of two consecutive presidential terms, opening the way for him to rule indefinitely.