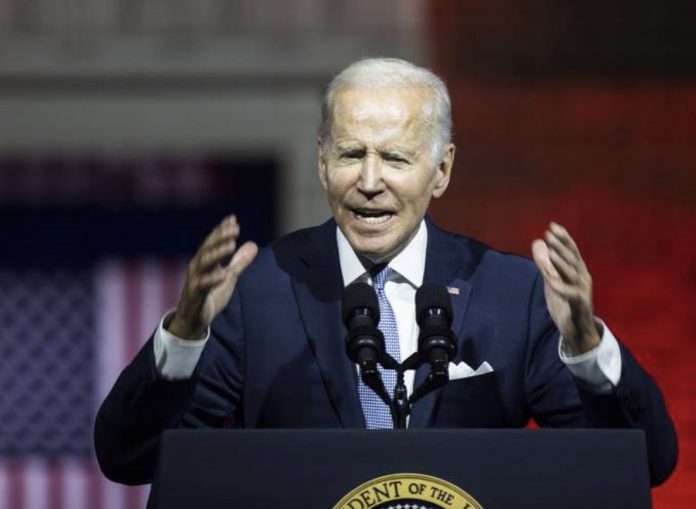 A referendum on Donald Trump and his “extremist” ideas instead of a vote on Joe Biden and his defects: this is how the US president would like his compatriots to see the mid-term elections, which renew the House and part of the Senate, planned for November.

The 79-year-old Democrat suffers from low popularity, although he has risen in the polls, he often repeats: “Don’t compare me with almighty God, compare me with the alternative.” A subtle way of saying that his shortcomings are nothing compared to those of his main rival, former president Doland Trump.

In fact, Biden lashed out at his predecessor and “extremist” Republicans in his Thursday speech in Philadelphia, where he called supporters of MAGA (Make America Great Again, Trump’s slogan) enemies of democracy.

With unusual virulence, the president proclaimed: “Donald Trump and the MAGA Republicans represent extremism that threatens the very foundation of our Republic.” Representatives of the radical right “feed on chaos. They do not live in the light of truth, but in the shadow of lies.

– Not everyone is a threat –

However, the president assured Friday that he was not referring to all Trump voters, more than 74 million people in 2021. “I don’t see all Trump supporters as a threat to democracy,” he told a group of journalists at the White House.

The New York Times offered this analysis: “Asked Americans if they support Mr. Biden, they might say no. If asked if they support him in front of Mr. Trump, they can only say yes. At least that’s the White House theory.”

And the White House is also the one behind the staging of the speech in Philadelphia, where Biden spoke at the foot of the building where the US Constitution was adopted, under games of red light and deep shadows, and with two soldiers in gala behind him.

The use of this symbolic staging for a campaign speech was questioned not only by conservatives.

One of the White House spokesmen, Andrew Bates, responded on Twitter that Biden’s remarks are “well-founded warnings” and “anything but political.”

Yet by addressing issues like defending democracy and abortion rights, Biden is seeking to overshadow favorite Republican campaign pitches on the economy and crime.

Midterm elections are always a test for the incumbent government, which is not always able to retain or increase its positions in Congress.

For Brown University political scientist Wendy Schiller-Kalunian, the Democrats’ strategy is not without risk.

“The key groups this election are suburban Republican supporters and independent voters” who lean more to the right, she said.

“If Biden makes everything revolve around Trump … he can go wrong and encourage this electorate to vote” Republican, added Schiller-Kalunian, a professor of public and international affairs.