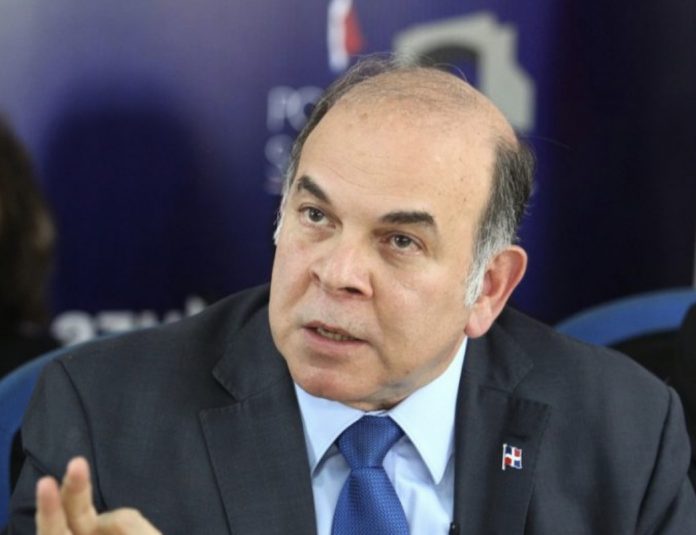 The leader of the National Progressive Force (FNP), Pelegrín Castillo, denounced that the enormous and dangerous flow of weapons, ammunition, communication equipment and mercenaries to Haiti is part of a “very strong criminal conspiracy”, which he seeks to impose with a international intervention “the Dominican solution to the problems of Haiti”.

The Vice President of the National Progressive Force accused sectors of power in the United States, including elements of the Haitian diaspora, Afro-Americans and radical factions of the Democratic Party, who plan to exacerbate the violence of the so-called gangs or bargains, so that the exodus to the Dominican Republic escalates even more, and consolidates as an occupation.

At the same time, he denounced that in this process it is planned to grow about 400 existing Haitian settlements, which are destroying the territorial and social cohesion of the Republic, something that the Dominican authorities are aware of.

“This phenomenon of paramilitary gangs has always existed in Haiti, but at this stage, their struggles are acquiring another connotation, dynamic and scope. In Haiti, terrorism techniques similar to those used by ISIS and Boko Haran are being used, such as the mass rape of women and girls, in a context of undeclared civil war, as the rector of the Quisqueya University in Haiti recently expressed”, I point pilgrim
The Former Minister and Former Legislator explained that simultaneously, those same sectors are sending growing millionaire resources to Haitians in the DR, so that they can acquire numerous urban and rural properties, as well as businesses of different types and control specific areas of tertiary sectors. .

“This conspiratorial plan has been accentuated in recent times, with the approval and support of the powerful nations called “friends of Haiti” and international organizations, within the international community, which in an exercise of cynicism, at the same time stimulate the departure of Dominicans with job qualifications, in an impudent exercise of population exchange: Haitians in the DR, Dominicans outside,” Castillo pointed out.
The also President of the Permanent Forum of Political Parties of the Dominican Republic (Foppredom), reiterated the call to the Dominican people to support the demands of the Manifesto of August 6 of the Patriotic March called by the Duartian Institute, to unite beyond the parties and ideological differences, because they are calling into question the existence of the nation and its institutions, and without unprecedented national unity, it will not be possible to overcome these tests and defeat these threats.

Finally, Castillo will also eliminate the fact that in the current situation of global and regional crisis, the Dominican authorities of all public powers must act with great caution and responsibility, since the great powers are turning the Greater Caribbean region into a scene of their clashes, as can be seen on the occasion of the debates in the Security Council in relation to the crisis in Haiti, as well as in the strong criticism that the General Secretariat of the OAS will launch at the failed management of the International Community in Haiti. Likewise, he harshly censured that power groups in the US are mounting an unjust and abusive siege against the DR, brandishing the DR/CAFTA suspension as an economic weapon.