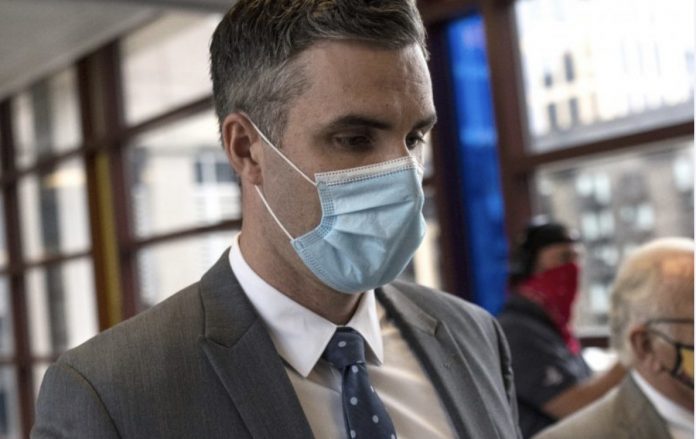 Former Minneapolis police officer Thomas Lane was sentenced Thursday to two and a half years in prison for his involvement in the murder of African-American George Floyd, who activated the Black lives matter movement.

Lane had been found guilty last February of violating the civil rights of Floyd, who suffocated to death on the knee of officer Derek Chauvin when he was lying on the ground with his hands handcuffed, sparking an unprecedented wave of protests in the country and in the world.

Lane, along with former colleagues Tou Thao and J. Alexander Kueng, was found guilty of “willful disregard” for Floyd’s medical needs.
Chauvin was sentenced to 22 years in prison.

The prosecution had asked for five years in prison for Lane, but investigating judge Paul Magnuson sentenced him to 30 months and two years of supervised release.

“It’s terrible,” Philonise Floyd, brother of George Floyd, said outside court. “This criminal system must be dismantled and rebuilt,” he added.
Lane, 39, had just joined the police force when he and his partner Kueng detained Floyd after a merchant reported that he had tried to pay with a counterfeit $20 bill.

As they struggled to get Floyd into the police vehicle, the more experienced Chauvins and Thao helped them.

In May, Lane pleaded guilty in a separate state proceeding to aiding and abetting second-degree manslaughter, which will lead to three years in prison. That sentence will be simultaneous to that of this Thursday.

Floyd’s death, which was filmed by a bystander in a video that went viral, sparked months of protests against racism and police brutality in the United States and around the world.