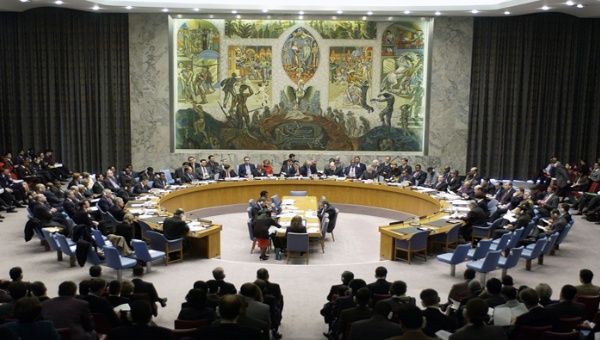 The United Nations system is made up of the country-states and numerous affiliated organizations known as programmes, funds and specialized agencies. Cooperation between the UN and the other entities of the system are essential to achieve the purposes of the United Nations Organization, established in the UN Magna Carta.
Since its Charter was drafted, the United Nations has been mandated to undertake new work that was not envisaged at the time of its creation. The Organization has set goals to build a more sustainable world and is committed to taking collective action to curb climate change.
As a diplomat who has written three books on the basis and basis of the foundation of the UN, today we are trying to contribute to our readers by making known as the problems facing humanity have increased, the work of the United Nations has also increased, Although they seem uncertain, they are written and approved by the 194 countries of the world.
The current war in Ukraine, after the Russian invasion, has raised all kinds of questions about the United Nations, in particular about the role of the Security Council, the General Assembly and the Secretary General, what are their functions and purposes based on the Charter from the ONU
functions and powers
In the Charter of the United Nations, it is stipulated that the functions and powers of the Security Council are:
• Maintain international peace and security in accordance with the purposes and principles of the United Nations;
• Investigate any controversy or situation that may create international friction;
• Recommend methods of adjustment of such controversies, or settlement conditions;
• develop plans for the establishment of a system to regulate armaments;
• Determine if there is a threat to the peace or an act of aggression and recommend what measures should be taken;
• Urge Members to apply economic sanctions and other measures that do not involve the use of force, in order to prevent or stop the aggression;
• Take military action against an aggressor;
• Recommend the admission of new Members;
• Exercising United Nations trusteeship functions in “strategic areas”;
• Recommend to the General Assembly the appointment of the Secretary General and, together with the Assembly, elect the judges of the International Court of Justice.
1.- Can the Security Council stop a war?
Well, first let’s review your mission.
The functions and powers of the Security Council are established in the Charter of the United Nations, the founding document of the Organization. It was signed on June 26, 1945, in San Francisco, at the conclusion of the United Nations Conference on International Organization (also known as the San Francisco Conference), and entered into force on October 24, 1945.
The Security Council is made up of 15 members (EN), five permanent seats belong to China, France, the Russian Federation, the United Kingdom and the United States, with ten non-permanent seats that rotate by election among all the member countries of the ONU. It is the body given primary responsibility for the maintenance of international peace and security.
It is the one that must take the initiative to determine the existence of a threat to the peace, breach of the peace or an act of aggression.
What you may not know is that prior to 1965, the Security Council had 11 members, six of which were non-permanent. The expansion to 15 members occurred after the amendment of Article 23(1) of the Charter through the adoption of a General Assembly resolution (A/RES/1991(XVIII)).
Even though there are still 60 of the UN member states that have never sat on the Security Council, all UN members have nonetheless agreed under Article 25 of the Charter to accept and execute the decisions taken by the Council. In other words, the actions taken by the Council are binding on all UN member countries.
When it comes to crises, the Council, guided by the UN Charter, can take various measures. These measures have acceptance that goes in two directions, a unanimous acceptance, where the five countries that veto accept the resolution as good and validates, the other is when one of the five countries vetoes it, the resolution already takes another dynamic.
Acting under Chapter VI of the Charter, it can ask the parties to a dispute to resolve it by peaceful means and recommend methods of adjustment or settlement conditions. It can also recommend the referral of disputes to the International Court of Justice (ICJ), which is widely known as the ‘World Court’ and is the main judicial body of the United Nations, based in The Hague in
More about this source textSource text required for additional translation information
Send feedback
Side panels
History
Saved
Contribute
5,000 character limit. Use the arrows to translate more.