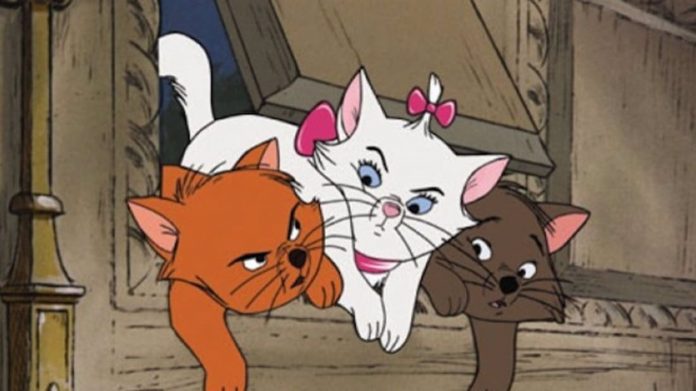 After the box office successes of The Lion King, Aladdin or Beauty and the Beast, and the most recent Mulan or Cruella, which premiered on its streaming service, Disney continues to revive the characters of its animation classics in real image. And now it’s the turn of The Aristocats.

The script for the film will be signed by the screenwriters Keith Bunin, for whom the field of animation is not unknown since he was in charge of the story of Onward for the studio, and Will Gluck, the director of Peter Rabbit 2: On the run .

According to Deadline, the film is still in an early stage of development, so details about the adaptation are still unknown as to whether it will be released in theaters or directly on the platform. What is known is that it will have an aesthetic similar to that of the Lady and the Tramp movie released in 2019 on Disney +.

Released in 1970, The Aristocats follows the adventures of some felines living in Paris who receive the shocking news that they are going to inherit the large estate of Madame Adelaide Bonfamille, their owner. Jealous of this, Edgard, the butler decides to kidnap the cats and abandons them to their fate in the field. To prevent such injustice, they will end up devising a plan together with Thomas O’Malley, a street cat who offers to guide the Duchess and her three offspring to return to the city and undermine the plans of the perfidious servant to keep the inheritance of her. The film was directed by Wolfgang Reitherman and is available on Disney+.

In addition to this project, Disney also has other live-action remakes of its classics underway, such as The Little Mermaid, starring Halle Bailey, Snow White with Rachel Zegler, Rapunzel, Bambi, Lilo & Stitch, Hercules, Peter Pan or Pinocchio directed by Robert Zemeckis. .

Titles such as Alice in Wonderland, Aladdin, The Lion King, Dumbo, Beauty and the Beast, Mulan or The Jungle Book have already passed through this trance of the remake.